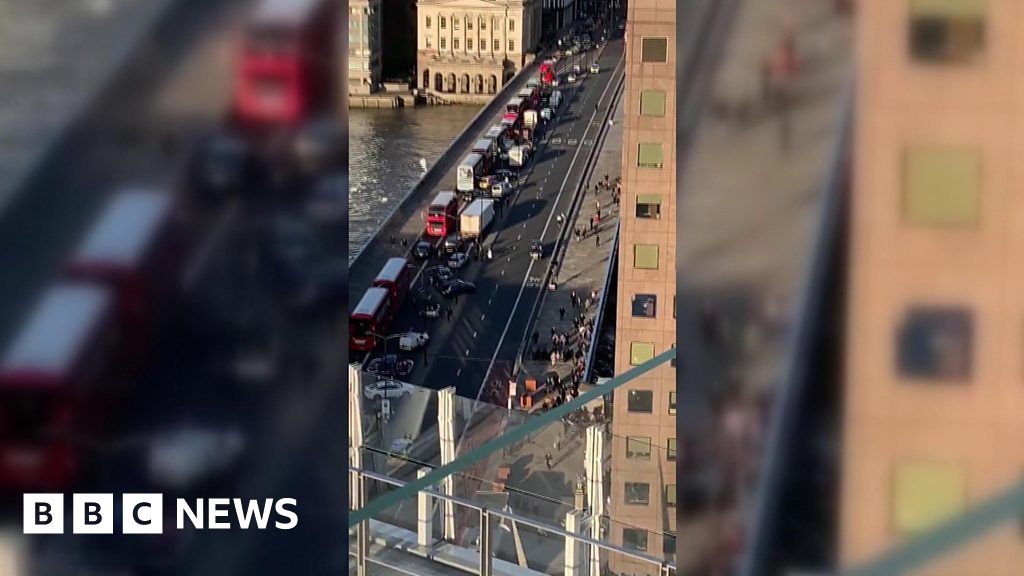 Einar Orn, who is near London Bridge, tells the BBC he had just had his lunch break when suddenly he saw some police cars. He says he heard two gunshots, but wasn’t sure if they were fireworks.

“A couple of minutes later then I heard a lot more gunshots and people started to run off the bridge.”