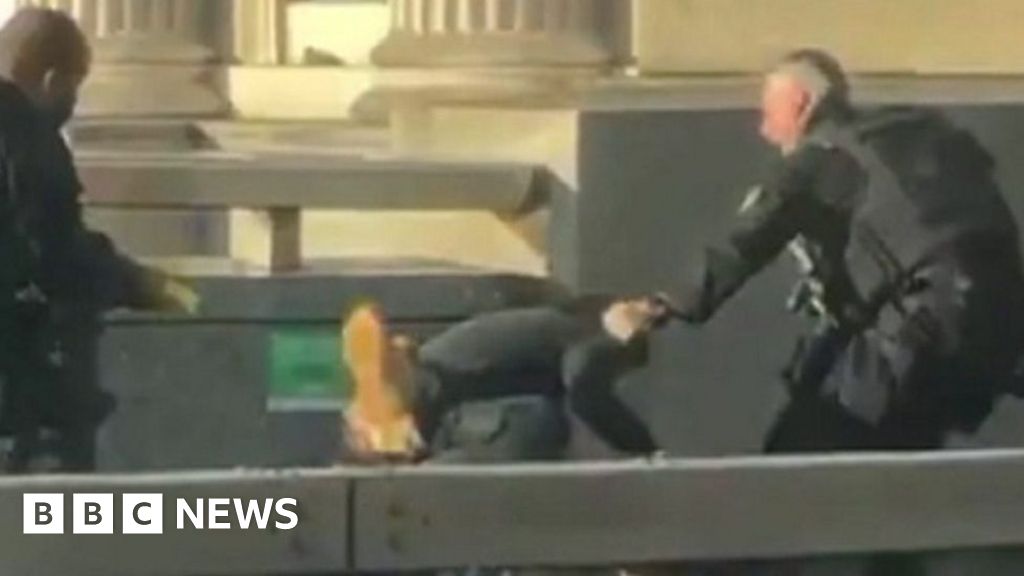 The moment before a man was apparently shot by police on London Bridge has been filmed by an eyewitness.

A man appeared to be dragged away from another person lying on the ground.

We have stopped the footage seconds before the shots appeared to be fired.

The Metropolitan Police say a man has been shot, and say they are dealing with a major incident at the location.