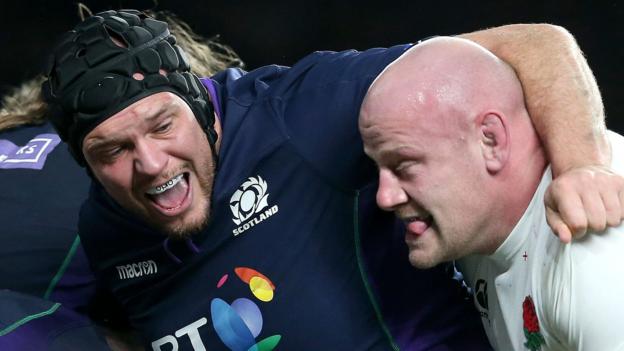 Scotland prop Gordon Reid has returned to Glasgow Warriors on a partnership deal with Super6 side Ayrshire Bulls.

After leaving London Irish in the summer, he joined the semi-professional Ayrshire franchise. The loose-head will remain a Bulls player but train with Glasgow for the rest of the season.

“The club means a great deal to me,” the prop said.

“I’ll still be playing for Ayrshire Bulls, but will also be available for the Warriors, so it’s a win-win situation.”

Reid made over 100 Glasgow appearances in his first stint and has won 41 caps, featuring in all four of Scotland’s Rugby World Cup matches.

Earlier this week, the prop rescued a man from a smoke-filled Ayrshire house, before the individual he helped escape “legged it down the road like Usain Bolt”.

Dave Rennie’s Warriors have also extended the contract of Johnny Matthews until the end of the season, while fellow hooker Jack Iscaro returns to Old Glory DC.