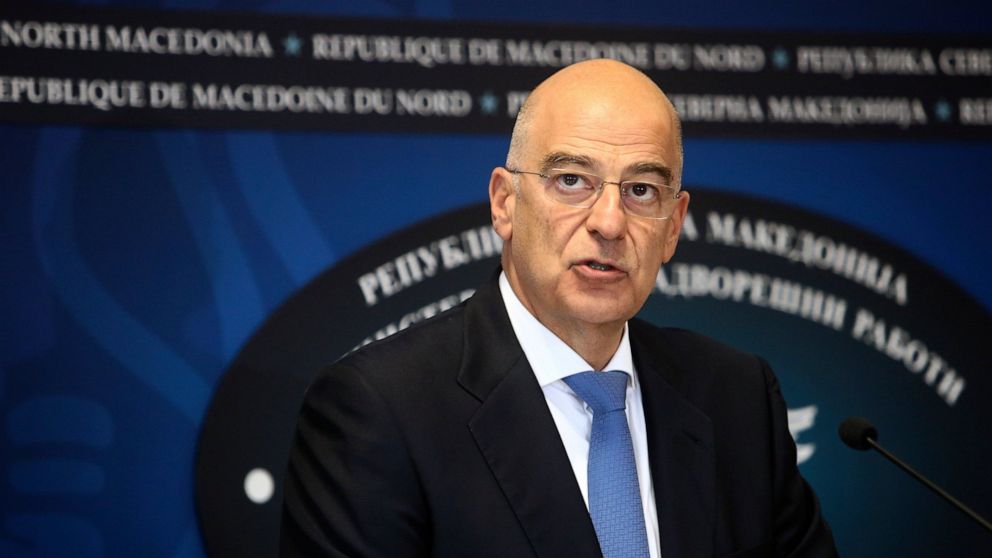 Greece’s foreign minister will hold talks in Cairo with his Egyptian counterpart on Sunday about agreement between Turkey and Libya’s U.N.-backed government to delineate the maritime boundaries between the two countries.

Greece, Egypt and Cyprus have strongly criticized the agreement, describing it as a serious breach of international law that disregards the lawful rights of other eastern Mediterranean countries.

On Friday, Greek Foreign Minister Nikos Dendias asked the Libyan ambassador to Athens to present the deal with Turkey by Dec. 5 or face expulsion.

The Turkey-Libya deal announced this week added tension to an ongoing dispute with Greece, Cyprus and Egypt over oil-and-gas drilling rights in the eastern Mediterranean.

Greek minister heads to Cairo for talks over sea dispute