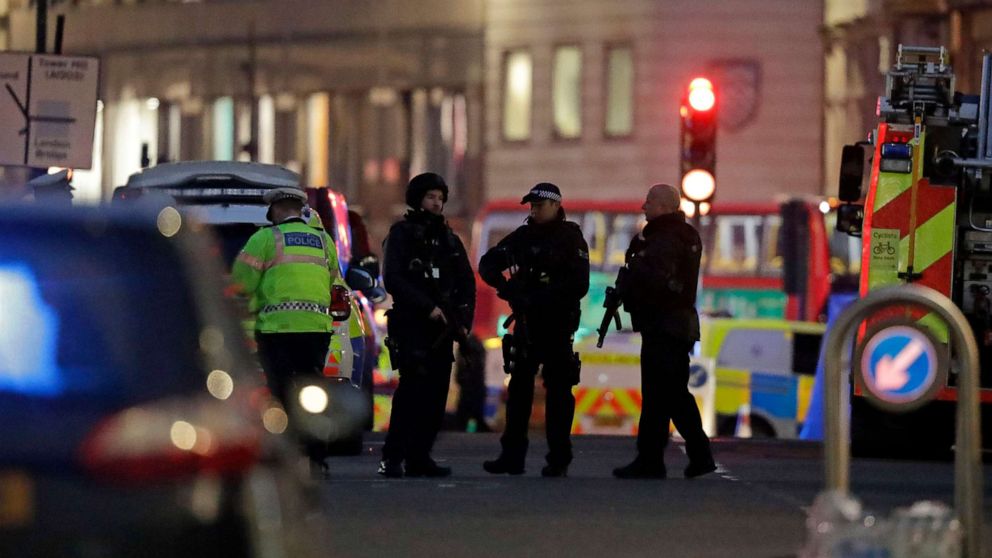 The man suspected of carrying out a deadly terror attack near the London Bridge spent years in prison for plotting other attacks in the U.K., British counterterrorism officials told ABC News.

Add London as an interest to stay up to date on the latest London news, video, and analysis from ABC News.

Usman Khan, 28, was imprisoned from 2012 to 2018 for planning attacks, including one aimed at the London Stock Exchange in 2010, the officials said.

Khan is believed to be the only suspect in the stabbing Friday afternoon that left two people dead and three others injured.

He was shot dead by police, authorities said.

The British counterterrorism officials also told ABC News that he had links to Pakistan’s tribal areas and planned to run training camps there in an attempt to recruit others.

In 2012, nine men who were members of a terrorist network in England and Wales were arrested for plotting an attack against the London Stock Exchange and seeking terrorist training overseas, according to a statement from the U.K.’s counter-intelligence and security agency, MI5, at the time.

Counterterrorism officials told ABC News Khan was among those men.

The men were sentenced to between five and 17 years, according to the MI5 statement.

Neil Basu, assistant commissioner for the Metropolitan Police, said in a statement that Khan had been released last December. Following his release, he was wearing an electronic tag, according to the officials.

“Clearly, a key line of enquiry now is to establish how he came to carry out this attack,” he said.

The victims who were killed — identified by police as a man and woman — have not yet been identified. Those injured, two women and one man, remain in the hospital, according to Basu.

Police believe the attack began inside Fishmonger’s Hall at an event and then continued onto the London Bridge.

Khan had been living in the Staffordshire area, located about 161 miles northwest of the London Bridge, authorities said.

In the hours after the attack, police conducted a search of a home in Staffordshire.

Police have asked anyone with information to come forward, especially those were at Fishmonger’s Hall.

London Bridge and some surrounding areas remained closed Saturday while forensic teams investigate the crime scene. Flags on government buildings will fly at half-mast in the U.K. in honor of the victims, the government said.

World leaders and politicians in the U.K. have expressed their condolences to the victims and condemned the attack.

Queen Elizabeth II said in a statement she and Prince Philip “have been saddened to hear of the terror attacks at London Bridge. We send our thoughts, prayers and deepest sympathies to all those who have lost love ones and who have been affected by yesterday’s terrible violence. I express my enduring thanks to the police and emergency services, as well as the brave individuals who put their own lives at risk to selflessly help and protect others.”

London Mayor Sadiq Khan said the city would “stay resolute in our determination to stand strong and united in the face of terror.”

Johnson said in a later statement that Britain “will never be cowed or divided or intimidated by this sort of attack.”

In June 2017, eight were killed when a group of attackers plowed a van into people on London Bridge and then drove to nearby Borough Market and stabbed several others.