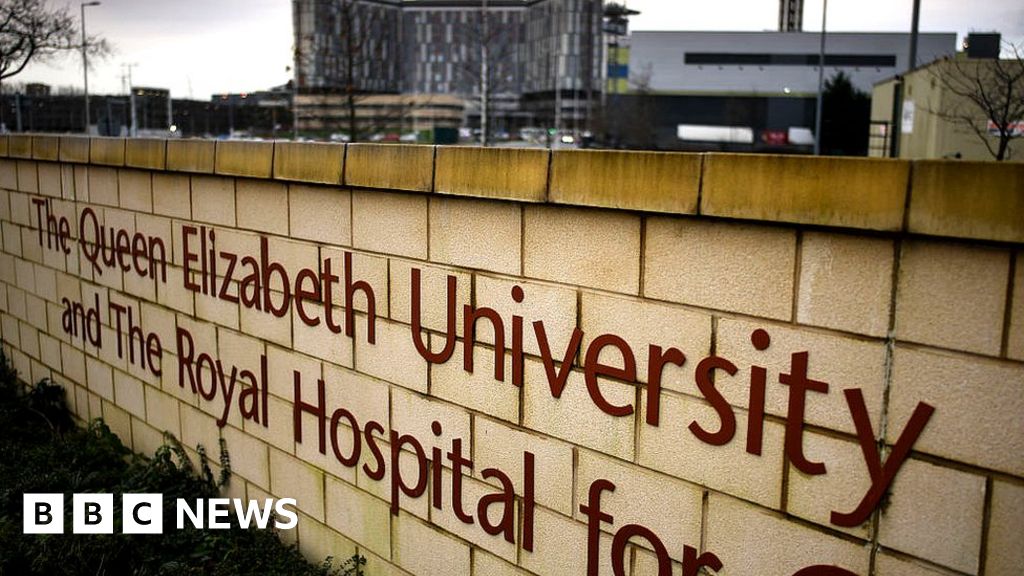 The head of Scotland’s largest health board has moved to reassure parents as it emerged a child died last week after contracting a hospital infection.

The Herald newspaper revealed the latest child death. It is not known if it is related to previous cases.

Chief executive Jane Grant said the hospital was committed to the safety and quality of care of children.

The paper reported on Sunday that the child, who died on Monday 25 November, had a hospital-acquired infection and had been moved between wards at the site.

NHGGC confirmed that a child had died, saying the issue was being appropriately managed and Health Protection Scotland had been informed.

The development follows growing concern in recent weeks about the number of infections and the death of a 10-year-old girl at the £842m “super hospital” complex which potentially could be linked to problems with contaminated water supplies.

In a separate statement Ms Grant said that she was “truly sorry that parents remain concerned about safety issues” and said she was “absolutely committed” to ensuring families were provided with the information they need and deserve.

She said: “The chairman and I have already met with a number of families and they told us this direct engagement was extremely valuable. We continue to offer this opportunity to all 400 families involved with Ward 6A, including the 15 families represented by Anas Sarwar.

“I would once again encourage any parent who remains concerned about the quality of care their child has received to contact me directly to arrange a meeting. “

Which wards are affected?

September 2018: A spike in infections led to interventions over water contamination and the closure of wards 2A and 2B in the Royal Hospital for Children. NHSGGC said extensive work was carried out on the taps in the wards. Six new cases were reported and an incident management team was appointed. Children were moved to wards 6A and 4B of the adjoining adult hospital, the QEUH.

February 2019: An investigation into the water supply at the QEUH found “widespread contamination”. A report by Health Protection Scotland said contamination was found in taps and drains at both hospitals.

4 August 2019: Ward 6A was closed to new admissions at the QEUH after three young patients contracted infections. Work started on its water supply and air quality systems. NHSGGC said there was “nothing to link the infections” to practices or the environment of the QEUH ward.

November 2019: Ward 6A reopens where child cancer patients are now being treated.

It comes a day after parents of children being treated at the QEUH said they had “no confidence” in NHS Greater Glasgow and Clyde.

A group of 15 parents met at the constituency office of Glasgow MSP Anas Sarwar who has been highlighting concerns at Holyrood over the hospital.

Charmaine Lacock, acting as spokeswoman for the parents, said: “We have no confidence in the board and do not believe it is fit for purpose.”

Kimberly Darroch, the mother of 10-year-old Milly Main, who developed a fatal infection while recovering from leukaemia treatment, said her daughter would be still alive had those concerns about water contamination risks been addressed in time.

NHSGGC was placed into special measures by Health Secretary Jeane Freeman on 22 November, just days after an independent review into the hospital was ordered. An oversight board is being chaired by chief nursing officer Prof Fiona McQueen.

Jane Grant said that infection control levels had returned to a normal level.

She said: “Since the move to Ward 6A and 4B in September 2018, infection rates have been similar to other Scottish paediatric units.

“Families should be reassured that infection rates at present are within expected levels and the hospital is safe.”

She also said that the technical reports on the quality of the water supplies at the QEUH Campus mentioned by Mr Sarwar in the Scottish Parliament were not brought to the hospital’s senior leadership team’s attention until 2018.

She said: “Once I had been made aware of these reports by Health Facilities Scotland as part of the work we had commissioned following an increase in the number of infections on Ward 2A/2B, I ensured that immediate steps and necessary action was taken to provide assurance about the safety of the water supply.

“I want to assure the families involved at that time that there was no attempt to ignore these reports once they were brought to my attention.

She added: “This has not been easy given the challenges we inherited from the previous leadership team and we accept communications with the families could have been better but I remain convinced we have the right people to take the Royal Hospital for Children forward so that it fulfils its potential to be one of the leading children’s’ hospitals in the UK.”

Glasgow MSP Anas Sarwar, who has called for the current health board leadership to be removed, said the chief executive was “ultimately responsible for the rotten culture of fear and intimidation at this hospital”.

He said: “It should never have taken brave whistleblowers to come forward for this scandal to emerge. Without them, parents would still be in the dark.

“While senior managers remain in place there is a risk the investigation will be compromised, which is why they should be moved aside – as would surely have happened in a criminal investigation if this was in the private sector.

“With another tragic death at the hospital reported in recent days, parents, patients and the public deserve urgent answers about what has gone so catastrophically wrong at the QEUH.”

He also called for the health secretary to give an urgent update at Holyrood on Tuesday.