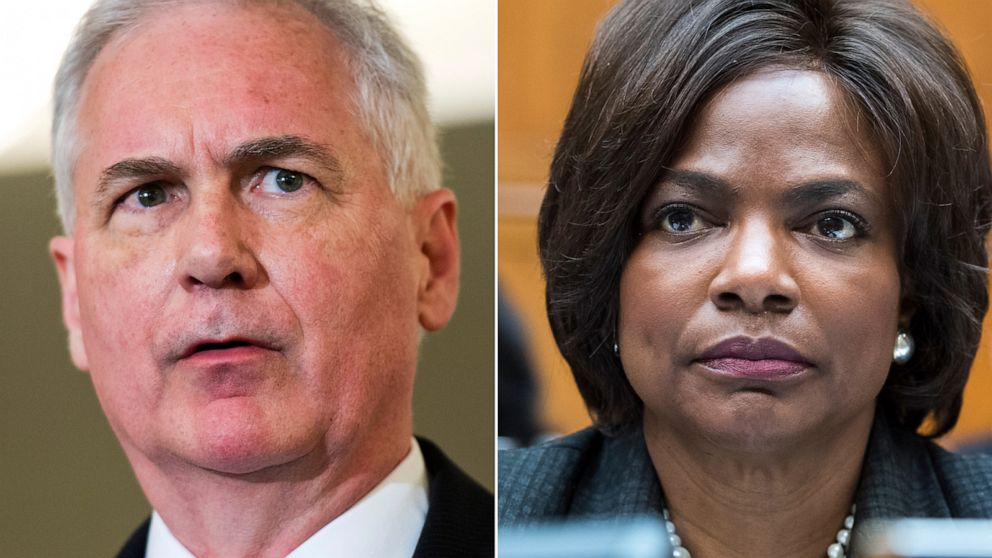 Reps. Val Demings, D-Fla., and Tom McClintock, R-Calif., said on ABC’s “This Week” that they think having President Donald Trump or his lawyers participate in Wednesday’s House Judiciary Committee impeachment hearing would be in the president’s best interests.

“I think it would be to the president’s advantage to have his attorneys there. That’s his right.” McClintock said on Sunday. “I can also understand how he is upset at the illegitimate process that we saw unfold in the Intelligence Committee. The big question is going to be whether Jerry Nadler continues that into the Judiciary Committee’s hearings.”

Demings, a member of both the House Intelligence and Judiciary committees, said that the Judiciary Committee had not made a decision on how many hearings it would have or if it will call fact witnesses.

“Our main focus right now is to have the president and his counsel — who, you know, are given the same privileges as President Nixon and President Clinton had — to participate and engage in this impeachment process,” she said in a separate interview with “This Week” Co-Anchor Martha Raddatz.

“If he has not done anything wrong, we’re certainly anxious to hear his explanation of that,” she added.

On Sunday, Demings also said that she believes all evidence on impeachment will be included in the Intelligence Committee’s report. Members will be able to review a draft report on the findings of its impeachment inquiry on Monday, a committee official told ABC News. The committee will consider adopting the report on Tuesday. If the report is adopted, it and any minority views will be forwarded to the Judiciary Committee.

Following a court ruling that former White House counsel Don McGahn must comply with a congressional subpoena, McClintock said on “This Week” that senior officials, such as former national security adviser John Bolton and acting Chief of Staff Mick Mulvaney should “absolutely” testify, but that he has to weigh that against the “enormous catastrophic damage” that it would do to the doctrine of executive privilege, which assures candid conversations between presidents and their advisers.

“So, he’s got to weigh those two elements,” McClintock said. “And I understand why he’s making the decision that he is, to defend that doctrine of executive privilege not only for his administration but for all administrations.”

“So you believe they should testify, but not say much?” Raddatz asked.

“No, I think it would be in his advantage to — to — to have them testify,” McClintock said. “But, again, that would shatter the doctrine of executive privilege. And that’s the — the question that he has to weigh in whether to invoke that privilege.”

When Raddatz asked Demings if she thinks the House should wait until a court rules on whether White House officials can testify, Demings said those officials wanted to tie things up in court and “run the clock out.”

Demings also pushed back against the Republican argument that Trump’s possible quid pro quo was unsuccessful, by referring to her time as a law enforcement official.

House Judiciary Committee Chairman Jerry Nadler sent a letter to President Donald Trump this past week reminding him that he and his lawyers have a right to attend the upcoming hearing.

White House press secretary Stephanie Grisham said in a statement that the White House was reviewing the letter, but added that “what is obvious to every American is that this letter comes at the end of an illegitimate sham partisan process. The President has done nothing wrong and the Democrats know it.”

Nadler followed the initial letter with another to both Ranking Member Doug Collins, R-Ga., and the White House asking how they planned to participate in the committee’s hearings.