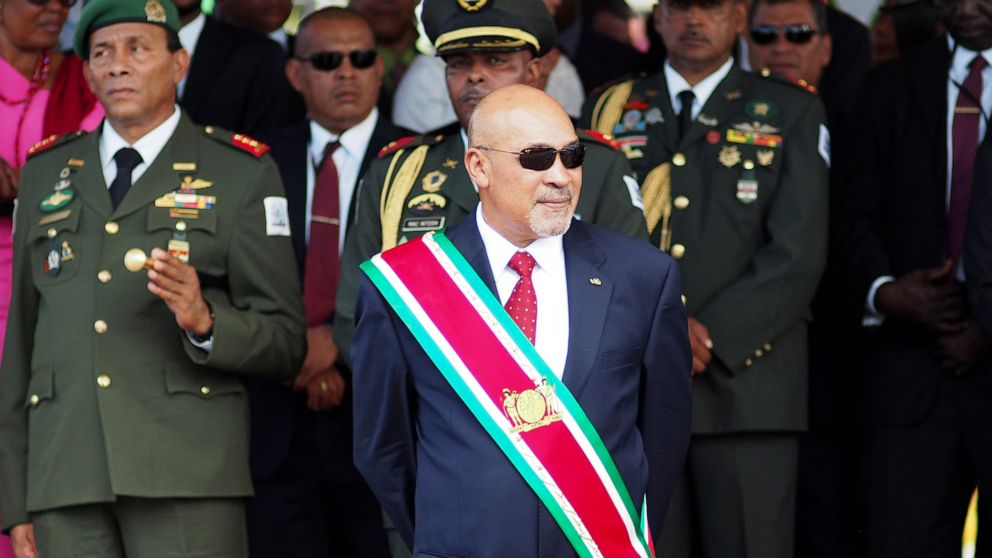 More than 1,500 supporters welcomed Suriname President Desi Bouterse as he returned Sunday to the South American country just days after a court convicted him in the 1982 killings of 15 political opponents.

Bouterse dismissed the 20-year prison sentence that he received on Friday as he greeted supporters following an official trip to China.

“There is a lot of love in my party,” he said during a press conference held at a nature resort close to the airport, adding that the decision by the panel of three judges was unexpected. “It was clear that the verdict was political.”

Bouterse declined further comment, saying he was advised by his lawyer to not talk about the ruling. He only said that he would meet with his advisers and members of Parliament on the strategy to follow, adding that he is focused on the May 2020 general elections.

The court did not issue an arrest order for Bouterse following its verdict, and defense attorney Irvin Kanhai has appealed the decision.

The court verdict followed a trial that began in 2007 and faced multiple setbacks, including efforts by Bouterse to halt the legal proceedings and push through an amnesty law that was ruled unconstitutional.

The victims in the case, known in Suriname as the “December killings,” included some of the country’s most prominent citizens, including lawyers, journalists and a university professor.

Bouterse first seized power in Suriname following a coup in 1980, five years after the small country gained independence from the Netherlands. He stepped down under international pressure in 1987, then briefly seized power again in 1990.

He was then elected president in a parliamentary vote in 2010 and reelected in 2015.

Bouterse had been scheduled to visit Cuba on Monday but postponed the trip.