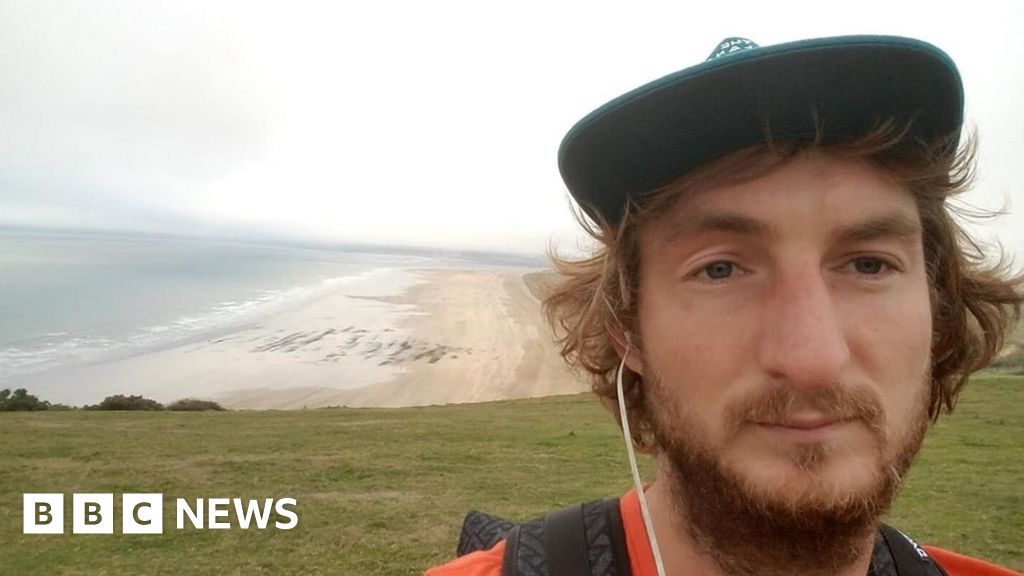 Alexander Lewis-Ranwell has been cleared of murdering three elderly men he killed in brutal attacks. Despite concerns about his erratic behaviour, Lewis-Ranwell, who has paranoid schizophrenia, was twice detained and released by police in the 48 hours before he bludgeoned his victims. Could more have been done to stop him?

Shortly after 05:00 GMT on 11 February, Lewis-Ranwell entered the lobby of the Rougemont Hotel in Exeter and demanded breakfast.

When he was told it would not be ready for another hour, he became agitated and launched a glass bowl at night manager Stasys Belevicius’s head. “He was saying, ‘I’m going to kill you, I’m going to kill the people in this hotel’,” Mr Belevicius said.

Fearful for the safety of those in the hotel, he shouted at the night porter to run away and save herself. “I was shouting, I was screaming,” he said.

By now armed with a large butcher’s knife he had taken from the restaurant’s kitchen, Lewis-Ranwell started chasing Mr Belevicius around the hotel. “I ran to the basement and he was running right behind me. He was trying to catch me with the knife.”

Mr Belevicius managed to close a door between him and his attacker. “I said to myself, now is the moment I need to run.”

As police arrived, Lewis-Ranwell appeared with a metal lamp in his hand. Refusing to drop it, he was Tasered, arrested and sectioned at Exeter police station.

What the arresting officers did not realise was that the man they had in custody had killed three people in the past 17 hours. And just a few hours before he bludgeoned his first victim to death, he had been in a similar police cell – and released.

Lewis-Ranwell had first been arrested on the morning of 8 February and taken to Barnstaple police station after breaking into farm buildings, releasing animals and damaging a fence.

He admitted having been sectioned twice previously but denied having a history of mental health issues. He was released in the early hours of 9 February and taken by police to a centre for the homeless in Barnstaple, leaving the facility after threatening to kill a member of staff.

Later that morning, at about 08:40, he wandered to another farm and released some alpacas and a horse while arguing with 77-year-old Maureen Ellis. Her 82-year-old husband, John Ellis, came to her aid when he saw Lewis-Ranwell was holding weapons.

“He had a saw, 4ft long. It was what they used to call a two-man logging saw. It was extremely rusty but fortunately it was very blunt,” Mr Ellis said. “He was standing with a stick in his left hand and the saw in his right hand.

“He was talking gibberish”, asking why the alpacas were looking at him and at one point, Mr Ellis said, Lewis-Ranwell asked him: “Are you a paedophile?”

“I told him to clear off in no uncertain terms. He turned towards me and advanced somewhat, and then he hit me with his stick down my right side.”

Mr Ellis said his attacker then swung the saw in his direction but missed. “I shouted to Maureen, ‘get the police, quick!'” Within seconds, Lewis-Ranwell swung the saw again.

“As it was coming round, I put up my arm to stop it and reeled off to one side. I turned and I ran, the fastest I’ve ever run in my life.”

The saw hit Mr Ellis’s left wrist, causing three wounds of just under 1cm. When Mr Ellis reached a farm gate, Lewis-Ranwell was right behind him.

“I was thinking I’ve got to keep this gate closed, so I was pushing on it. He was on the other side pushing back. He was trying to get at me, he was going to kill me, I’m sure he was. He’d already tried once and he was going to try again but I wasn’t going to have it.

“He was going to bring the stick down on top of me. I put up my hand and caught it on the way down. The stick actually broke off close to his hand.”

Mr Ellis said Lewis-Ranwell threw what was left of the stick at his head and swung the saw for a second time, “but by pure luck the handle broke off, so instead of coming round in an arc, it flew off at a tangent right alongside me”.

He added: “I was going to belt him but he just turned around on his heel and walked off nonchalantly down the drive without saying a word.”

Exeter Crown Court heard Lewis-Ranwell had been experiencing deluded and jumbled thoughts at the time of the attack on Mr Ellis, believing himself to be on a quest to free women and children, and falsely believing his victims were paedophiles.

He was arrested for a second time, and taken back to Barnstaple police station, where his behaviour became even more erratic. He had to be wrestled to the ground after he tried to take a stun gun from an officer. Lewis-Ranwell refused to eat or drink, believing efforts were being made to poison him, urinated and ejaculated in his cell and claimed to own a unicorn.

Despite a police inspector noting that Lewis-Ranwell posed “a serious risk to the public”, he was not seen by a mental health nurse before being released.

Mr Ellis felt vulnerable knowing Lewis-Ranwell had been freed and wrote to Devon and Cornwall Police Chief Constable Sean Sawyer on 11 February to express his concerns.

“He tried to kill me,” he told the BBC. “I thought there was a good chance that he would come back and finish the job.”

An approved mental health professional – whose job it is to co-ordinate mental health act assessments – was called for, but police were told this person was not able to attend.

The custody team referred the matter to the NHS Trust’s Liaison and Diversion team, which advises whether someone should be dealt with by mental health services, the criminal justice system or both. No-one from the team attended that day, instead leaving the matter to the police healthcare team.

A police doctor recommended a mental health nurse assess Lewis-Ranwell, but this did not happen.

As the 24-hour detention limit approached, the Crown Prosecution Service told police Lewis-Ranwell should not be charged over the attack on Mr Ellis or for criminal damage to his cell until more evidence had been gathered.

A senior police officer was consulted about extending Lewis-Ranwell’s detention but the officer concluded there was no lawful basis for this. At no time was he formally assessed under the Mental Health Act and at about 09:30 on 10 February, he was released on police bail.

After he left the police station on the morning of 10 February, Lewis-Ranwell made his way to Exeter St David’s railway station. He was captured on CCTV in the area at about 12:30.

Unfortunately for Anthony Payne, Lewis-Ranwell then wandered down Bonhay Road, about half a mile from the station, and spotted a note the 80-year-old had left on his front door seeking new accommodation for himself and his cat.

Lewis-Ranwell was seen going in through the front door of the house and leaving out the back eight minutes later.

Keith Baker described the horror of finding his friend’s body the next day.

“He was up there in the corner on the floor, his left arm was behind his back and I could see matter coming out the back of his head. At first I thought he might have fallen out of bed and banged his head.”

Almost three hours after killing Mr Payne with a hammer, Lewis-Ranwell was again captured on CCTV, about a mile and a half away, outside the Cowick Lane home of 84-year-old twins Dick and Roger Carter.

When he was denied access at the front door, he let himself in through the kitchen and beat the brothers to death with their own garden spade.

He then wandered the streets of Exeter, and was seen running for the first time during his killing spree as he passed back by the Carters’ home.

Lewis-Ranwell is believed to have slept rough in the city centre before walking into the Rougemont Hotel, where, mercifully, he would be arrested before he could kill again.