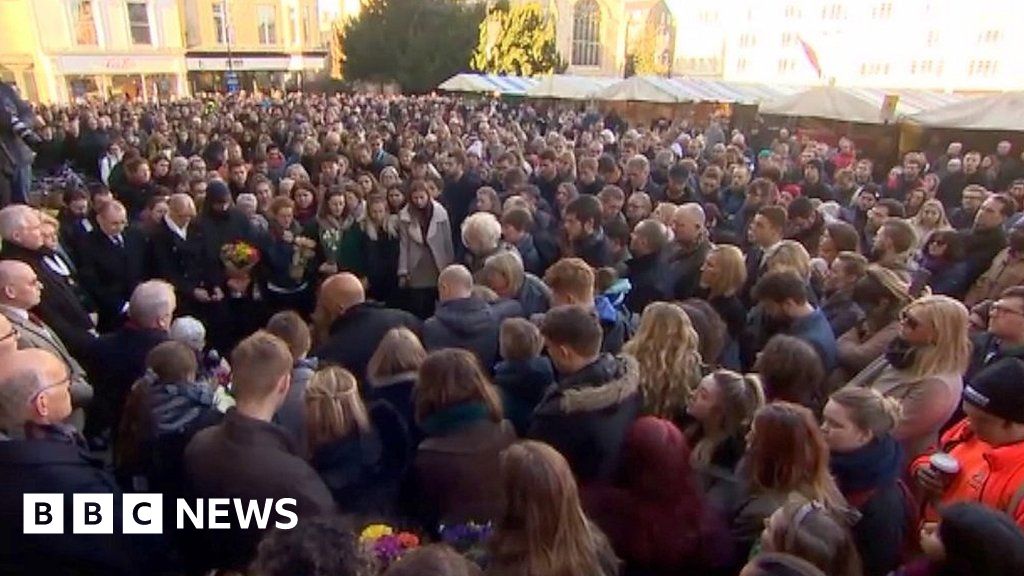 People have paid their respects to two former Cambridge University students who were killed in the London Bridge terror attack.

Saskia Jones, 23, and Jack Merritt, 25, died after they were attacked by a knifeman in the capital on Friday.

Crowds gathered outside the Guildhall in Cambridge city centre and at nearby Anglia Ruskin University where vigils and minutes of silence took place.

Among the attendees at the Guildhall was the girlfriend of Mr Merritt, Leanne O’Brien.