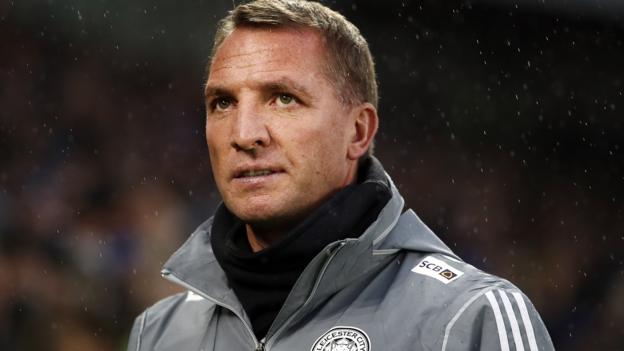 The 46-year-old Northern Irishman has led the Foxes to second in the Premier League and is a contender to replace Unai Emery, who was sacked last week.

Rodgers has previously admitted there is an exit clause in his contract but said: “Why would I want to leave Leicester City at this time?

“I am very happy so would have no need to look elsewhere.”

Former Liverpool and Celtic manager Rodgers was appointed at Leicester in February and after presiding over a ninth-place finish last term, he has seen his team win 10 of their first 14 league matches this season.

Arsenal sacked Emery after 18 months in charge during their longest winless run since 1992.

The Gunners, who are eighth in the table, 13 points behind Leicester, have placed their former midfielder Freddie Ljungberg in interim charge.

Rodgers said of the rumours regarding the position at the Emirates: “I have a contract here until 2022. Thus far, I know managers are losing their jobs, the club have not indicated to me that they are going to sack me.

“I am working with a group of players who have so much potential. I gave an honest answer about how all managers have some sort of clause in their contracts and suddenly that seems to have thrown a door wide open.

“For me, I repeat, I am happy here. Very happy here. I feel I want to continue with that. Take from that what you want.”