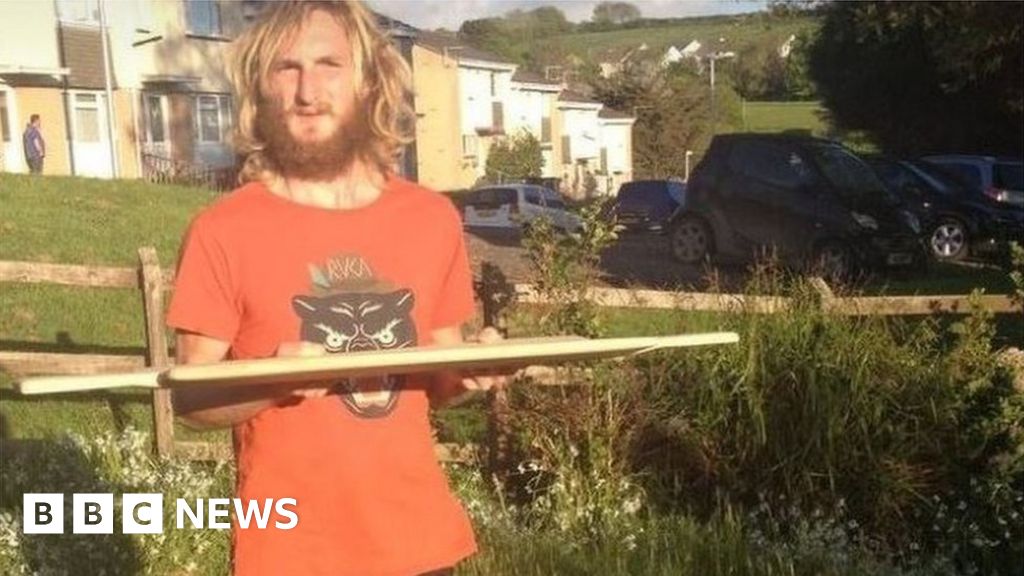 A man who killed three elderly men because he wrongly believed they were paedophiles has been cleared of murder.

Exeter Crown Court heard Alexander Lewis-Ranwell battered his victims – all in their 80s – with a shovel and a hammer in a “whirlwind of destruction”.

He has paranoid schizophrenia and was having delusions about saving girls from a paedophile ring, jurors heard.

The 28-year-old was found not guilty by reason of insanity after jurors decided he “did not know it was illegal”.

Twins Richard and Roger Carter, 84, and Anthony Payne, 80, were bludgeoned in February.

The court heard Mr Lewis-Ranwell was arrested and released by police twice in the lead-up to the killings.

Hours before he began the attack he had been released from police custody after attacking a farmer with a saw.

It was his second arrest in the space of 24 hours and came just seven hours after he was arrested over an attempted burglary at another farm.

Three psychiatrists agreed Mr Lewis-Ranwell was insane when he battered his victims.

But the prosecution had argued the defendant bore some responsibility for what happened.

The court heard evidence of Mr Lewis-Ranwell’s interaction with various health professionals during his three spells in custody between 8 and 11 February.

After his first arrest his mother, Jill Lewis-Ranwell, had phoned police expressing “grave concerns should he be released” but he was charged and bailed.

A 12-minute triage call with a mental health practitioner identified “potential psychotic symptoms present including paranoid beliefs” and a police inspector reviewing his detention wrote that he “potentially presents as a serious risk to the public if released”.

A forensic medical examiner – a doctor employed by G4S Health Services – deemed he was not “acutely unwell” and a full mental health assessment was not carried out.

Dr Mihal Pichui told jurors he left the police station with the “expectation” he would be seen by a mental health nurse the following morning but later found out this did not happen.