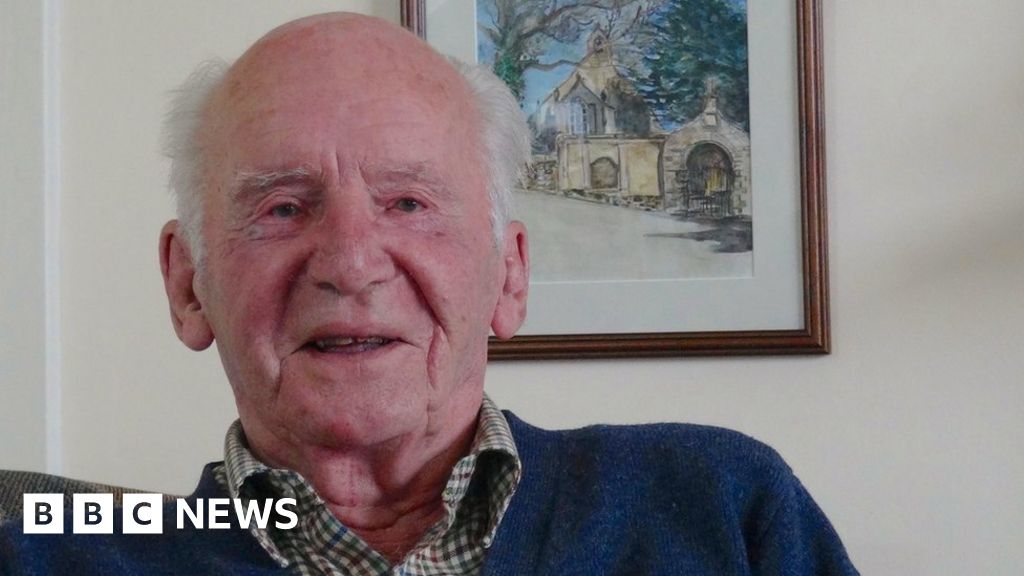 The last survivor of the midget submarine raid against the German battleship Tirpitz has died, aged 97.

The Tirpitz, a sister of Bismarck, was badly damaged and was later sunk by RAF bombers.

The great grandfather, of Kirkmichael, Ayrshire, was awarded the Distinguished Service Order for his bravery.

Cdr Lorimer, who died on Sunday after a short illness, volunteered for the X-craft project after spotting a notice looking for volunteers with the caveat: “Must be able to swim”.

The XII Submarine Flotilla trained in Loch Cairnbawn in the Highlands.

During an exercise in the early 1940s the then sub lieutenant almost drowned in Loch Striven, Argyll and Bute.

After diving it became clear the X-craft’s hatch had not sealed properly and Cdr Lorimer and two men he was training had to wait 45 minutes for the pressure to regulate.

During this time they used a special breathing apparatus in the dark as the midget submarine filled with water.

Nephew John Fergusson said: “For that single incident he was reprimanded for losing the boat but commended for saving the lives of his crew.”

But it would be the mission he was preparing for, codenamed Operation Source, which later saw him hailed by the Royal Navy Submarine Service as a “true hero.”

The heavily-armed Tirpitz was a threat to convoys of Allied ships supplying Russia with weapons and munitions.

On 22 September 1943 the vessel X-6, on which Mr Lorimer was second-in-command, used intelligence supplied by the Norwegian resistance to follow a German boat through anti-torpedo and submarine nets.

The raid was co-ordinated from HMS Varbel, the squadron’s headquarters at Port Bannatyne on the Isle of Bute.

Despite being spotted X-6 managed to dive to the Tirptz’s port bow and drop explosive charges before the crew abandoned the mini submarine, which had a damaged periscope, and surrendered.

Two other X-craft submarines also managed to lay charges before giving themselves up.

The crews were then taken on board the 40,000 tonne battleship as prisoners of war aware that the charges were about to detonate.

At 08:12 a series of explosions ripped holes in the hull, ruptured fuel tanks and flooded compartments on board.

Cdr Lorimer, a father-of-two, later described the German reaction as “very hostile” but recalled the captured submariners were angry that the ship was still floating.

The Tirpitz was out of service until the summer of 1944 before it was sunk by RAF bombers in November that year.

Mr Fergusson said: “His war lasted a fortnight and he was in a prison camp for two years.”

While in the Marlag-Milag Nord POW camp, near Bremen, Cdr Lorimer was among a group of prisoners who engineered a cunning escape plan involving a dummy.

His exploits featured in the movies Above Us The Waves, which told the story of the Tirpitz, and Albert R.N., which was based on the audacious mannequin stunt.

Mr Fergusson added: “For a man whose war was so short he was involved in two things which got made into films, which is pretty good going.”

A memorial to the X-craft crews was unveiled near Kylesku Bridge in Assynt in Sutherland in 2013 to mark the 70th anniversary.

Paying tribute to the former forestry worker, Mr Fergusson said: “He was a rascally, exciting uncle and always good fun.

“He was always a bit of a hero because of what he did but he did not speak about it unless he was asked.”