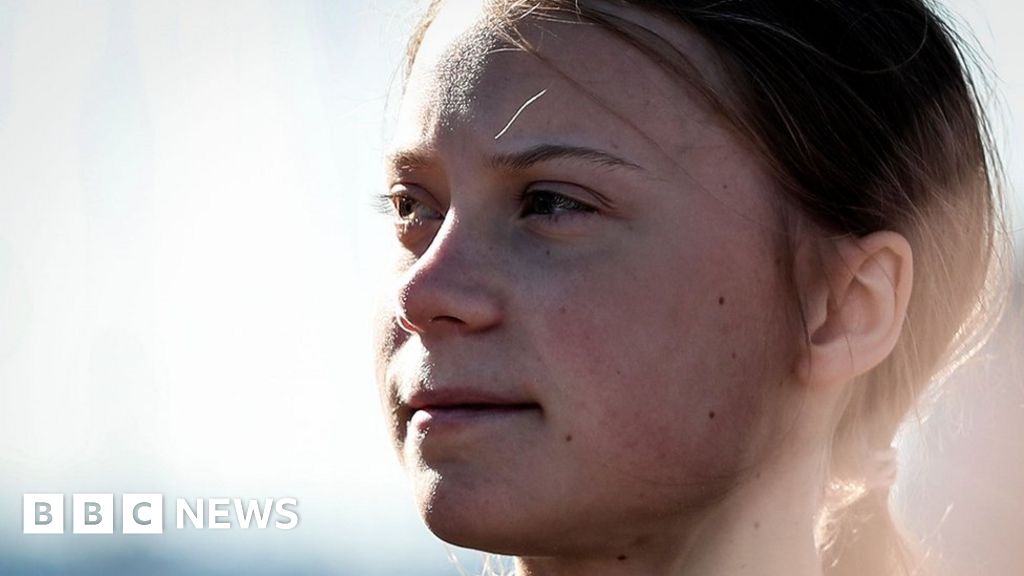 Ms Thunberg was speaking after her arrival in Lisbon, Portugal, after a two-weeks-plus journey across the Atlantic from her starting point in Virginia, US.

“People are underestimating the force of angry kids,” she told reporters.

The 16-year-old is on her way to the COP25 climate summit in Madrid.

She is taking a stand on more polluting forms of transport by sailing, rather than flying or travelling in cars.

Responding to a question from a journalist who said some adults viewed her as “angry”, Ms Thunberg said: “We are angry, we are frustrated and it’s because of good reasons.

What is climate change?

“If they want us to stop being angry, maybe they should stop making us angry.”

She had originally planned to travel from the US to a UN climate summit in Chile.

But the South American nation had to give up the event due to civil unrest.

The venue changed to Spain, and so Ms Thunberg hitched a ride on a 48ft sailing catamaran called La Vagabonde.

She travelled with Australian YouTubers Riley Whitlum and Elayna Carausu, as well as Briton Nikki Henderson – who is a professional yachtswoman.

Their boat uses solar panels and hydro-generators for power.