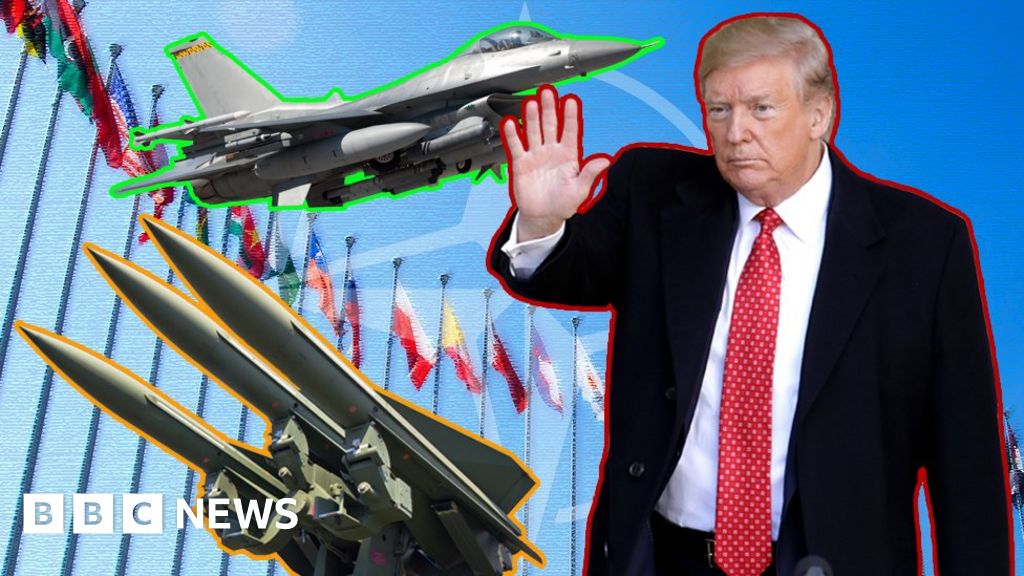 Donald Trump is in the UK to attend the Nato summit in Watford.

This year’s conference marks the 70th anniversary of the organisation.

Here are some of the standout moments from its past which explain more about how it works.

Tell me more… so, what is Nato?

The North Atlantic Treaty Organisation (Nato) was set up as a defence alliance against the Soviet Union and to contain the spread of communism – a political ideology – across Europe.

It was formed in 1949, after the Second World War, and originally made up of 12 member countries.

There’s a more detailed explanation of the alliance’s history here.

Nato members promise to pay 2% of their GDP on defence spending.

The US contributes most, and President Trump has pressured other member states to increase their spending.

In 1955, the Soviet Union created a counter-alliance called the Warsaw Pact, made up of communist countries.

Nato and the Warsaw Pact had opposing political beliefs, which fed into the Cold War that started pretty much straight after World War Two.

The Warsaw Pact later dissolved after the collapse of the USSR in 1991.

Here’s a look at some of the main events that have occurred over the 70 years.

Nato launched an 11-week bombing campaign over Serbia that ended the Kosovo War in 1999.

The strikes aimed to prevent the ethnic cleansing of Kosovo Albanians in Serbia.

This was the first and only time in its history it has been used.

Nato’s first major mission outside Europe was providing security in Kabul, Afghanistan in 2003.

Their main role was to assist the Afghan government to create a secure and stable environment.

There are now 29 member countries.

Leaders from each country will attend the Nato 2019 summit on 4 December.