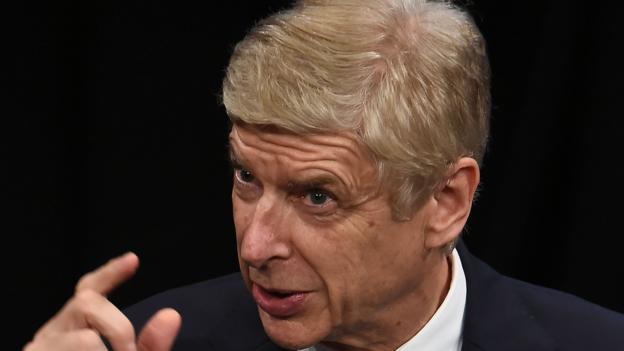 Former Arsenal boss Arsene Wenger is the star name at the annual meeting of the International Football Association Board (IFAB) in Belfast on Tuesday.

Wenger was appointed Fifa’s new chief of global football development last month but this mundane-sounding board is separate from Fifa.

So let’s start with the basics.

What is the IFAB?

It consists of one representative from each of the four UK home nations and four from Fifa – each member has the same voting power and a three-quarters majority is required to carry a motion.

IFAB was established by the English FA and it was joined by its Welsh, Scottish and Irish counterparts in 1886 to form the first uniform and official code of laws.

What does IFAB do?

It determines the laws of football each year, saying its strategy for changes are considered in the light of fairness and integrity, universality and inclusion, and the growth of technology.

Football associations from anywhere in the world and continental confederations can put forward suggestions for amending the ‘Laws of the Game’.

What is up for discussion on Tuesday?

Not surprisingly VAR (Video Assistant Referee) is among the topics on the agenda. Let’s just say it hasn’t enjoyed a smooth introduction.

Player concussion management, player behaviour and proposed law changes for 2020/21 are also being discussed and topics will be put before the Annual General Meeting for a final decision.

Why is the meeting in Belfast?

The Annual General Meeting each February/March is hosted on a strict rotational basis between the home nations and a location decided by Fifa in World Cup years.

What major law changes have IFAB made?

Goalkeepers handling back-passes was outlawed in 1992, bringing about a significant change to how the game was played.

When a player is or not offside has been a regular topic for discussion while goal-line technology was introduced in 2012.