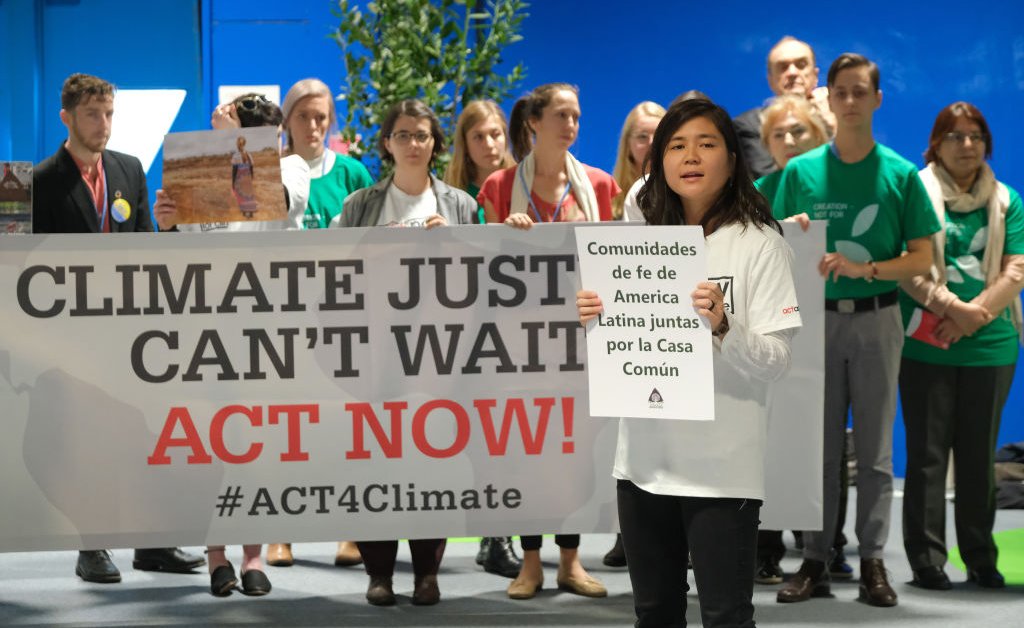 We are doing nowhere near enough to limit climate change. Greenhouse gas emissions are rising when they should be falling. Countries need to urgently increase action or we will face a future of rising seas, extreme weather events and increased human misery.

Sound familiar? Of course it does. Scientists, the United Nations (UN) and activists have been delivering variations of this message for more years than most of us care to remember, and their voices have only grown louder. Still, the world has not heeded their warnings. We have procrastinated, thinking we can catch up later. But now the hard deadline for serious action is upon us.

Anybody still in doubt need only consider the latest findings of theUN’s annual Emissions Gap Report, which for the first time looks at the required reduction in emissions in annual terms. The report tells us that even if all current unconditional Paris commitments—those not dependent on outside financial or technical support those not dependent on outside financial or technical support—were implemented, we would remain on course for a 3.2°C rise in global average temperatures above pre-industrial levels. To get on track to limiting the global temperature rise to 1.5°C, we need to more than halve global emissions by 2030. Slicing this up evenly means emissions should fall 7.6% per year from 2020 to 2030. For the 2°C target, the figure is 2.7% each year.

The size of these annual cuts is unprecedented. The best annual emissions reduction any individual country has recorded is an average of just over 2% per year, accomplished by the UK, between 1990 and 2017. Ina report to the UK Parliament, the Committee on Climate Change (an independent public body in the UK) said this reduction was achieved largely by market-led developments: energy efficiency improvements, a shift from coal to gas in power generation and a move to less energy-intensive industry.

The task may seem impossible, but we have to try, and we must start now. The UN’s Intergovernmental Panel on Climate Change has warned us that going beyond 1.5°C will increase the frequency and intensity of catastrophic climate events such as the heatwaves and storms witnessed across the globe in the last few years. Sea levels will be higher. Almost all coral reefs will die. The planet will be in serious trouble.

We have to learn from the problems our procrastination has caused. Had we started cutting emissions in 2010, in line with the recommendations of the first Emissions Gap Report, we would be looking at a more manageable task: cuts of just over 3% per year for 1.5°C and under 1% for 2°C. Instead, emissions have grown higher, and our hole has grown deeper. Common sense says that any further delay in action brings the need for larger, more expensive cuts. Countries cannot wait until the end of 2020, when nations are due to deliver stronger commitments under the Paris Agreement, to step up action. They—and every city, region, business and individual—need to act now.

It is still possible to reach the 1.5°C target, but we should not sugar coat the message or downplay the size of the task. Nations have to deliver over five times the emissions cuts already promised when they revise their Paris commitments in 2020. They must then immediately follow up with policies, strategies and action to meet these commitments.

We either take advantage of this environment to deliver the radical transformations and climate-smart solutions we need now, or face the consequences of a planet radically altered by climate change.