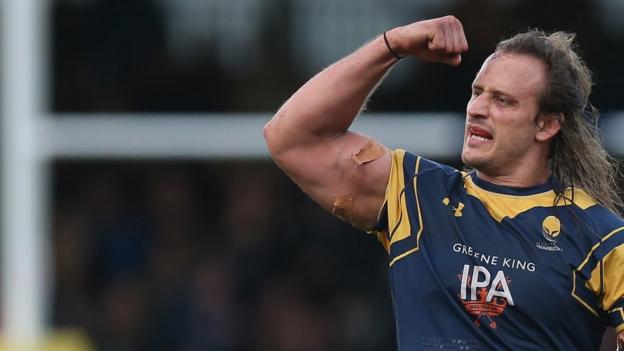 Anton Bresler is the latest Worcester Warriors player to extend their contract with the Premiership club.

The Namibia-born 31-year-old lock was signed from Edinburgh two years ago and has become a fans’ favourite.

Worcester, who have not disclosed the length of lock Bresler’s new deal, have now extended the contracts of six of their players in the space of a week.

“I think we are going places and I want to be part of something big,” said Bresler.

“There is definitely potential for us to become not only a top-six club but, if we stick to our processes and our plan. I am really optimistic that we can do even better.”