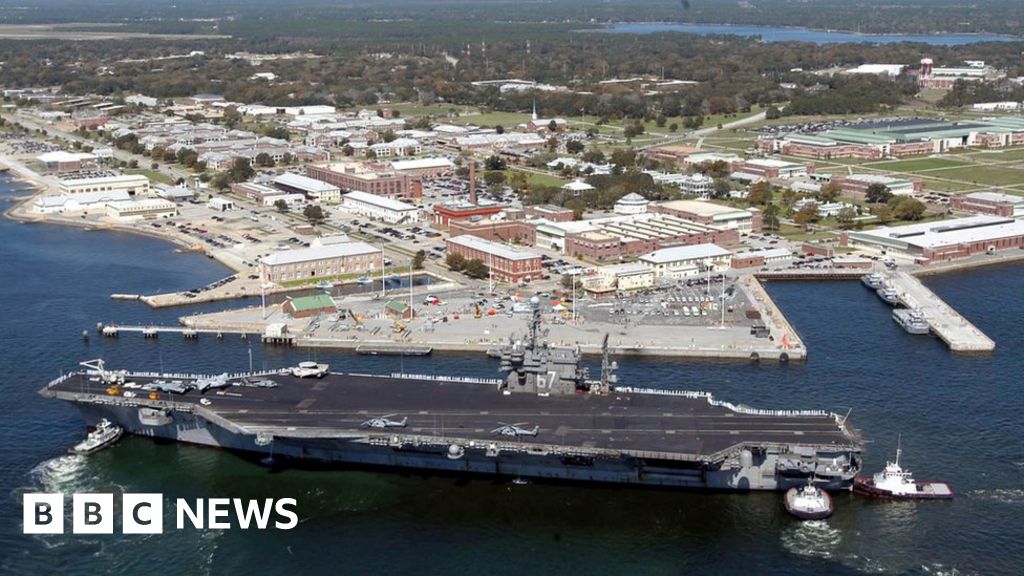 A gunman has opened fire in a classroom building at a US naval base in Pensacola, Florida, killing at least three people before being shot dead.

The local sheriff’s office has confirmed seven other people were injured.

This is the second shooting to have taken place at a US naval base this week.

A US sailor shot dead two workers at the Pearl Harbor military base in Hawaii on Wednesday.

Two officers were shot in the limbs in an exchange of gunfire with the gunman but are expected to recover.

“Walking through the crime scene was like being on the set of a movie,” said Escambia County Sheriff David Morgan.

An investigation was taking place and names of victims would not be released until next of kin had been notified, the US Navy said in a statement.

It said the base, which is located on the waterfront southwest of Pensacola, is still in lockdown.

According to its website the naval airbase employs more than 16,000 military and 7,400 civilian personnel.