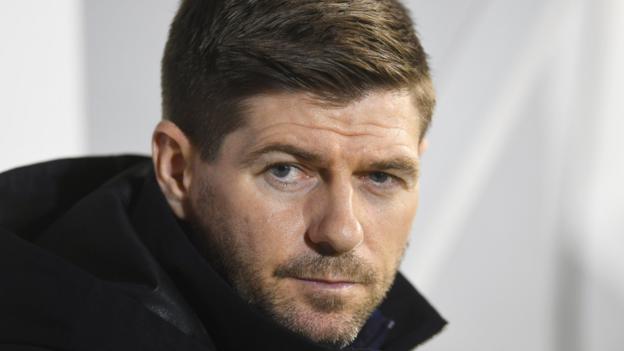 Steven Gerrard says winning his first trophy as Rangers manager by beating Celtic in the League Cup final would offer “a huge lift” for the club.

Gerrard believes his side go into Sunday’s Hampden tie stronger for their displays at home and in Europe.

“It’s not about me and the trophies I’ve won during my career,” he said.

“This is about Rangers, the team and the players, and us having or giving ourselves the opportunity to win our first trophy together.”

Rangers are two points behind Celtic in the Scottish Premiership title race and will aim to qualify for the knock-out stage of the Europa League next week.

“The players deserve a certain level of credit for that, but now it’s about going and getting over the final hurdle, which will be the most difficult I’m sure,” added Gerrard.

“If we manage to do it, it will be a huge lift, most importantly for the supporters and the club. We’d certainly benefit from that as a group. We’ve been together for 18/19 months now and we’ve definitely progressed.

“We’ve become better and we’re now competitive; we’ve shown on the European stage against high-level opposition that we can compete and win. Domestically, I think there’s more respect for Rangers now. Sunday gives us another chance to go and grab something.

“That’s important, and I’m sure there will be benefits from doing that.”