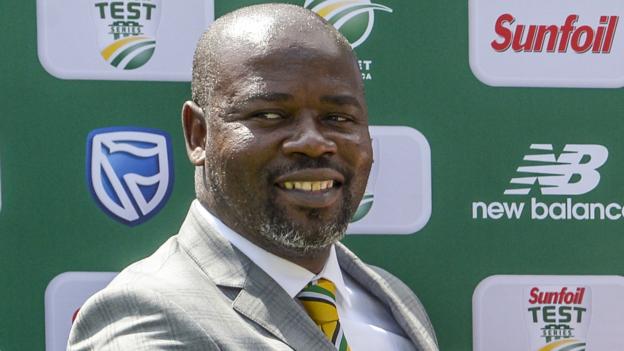 A number of journalists had their media passes revoked last weekend, with Moroe saying he was unhappy with their reporting on the governing body.

The passes were later reinstated, but the South African Cricketers’ Association (SACA) has since called on Moroe and the CSA board to resign.

England travel to South Africa on 13 December for a four-match Test series.

There is currently no selection panel in place for the series against England, which begins on 26 December.

Standard Bank also said on Friday it would not renew its sponsorship deal of the men’s team because of the issues at CSA.

“It is ludicrous to expect players to be selected by unknown selectors,” SACA chief Tony Irish said.

“We know the players will give 110% for South Africa on the field, but it is critical a proper professional structure is in place around the team.”

Irish ruled out the possibility of a player strike before the England series, saying industrial action was “a very last resort”.