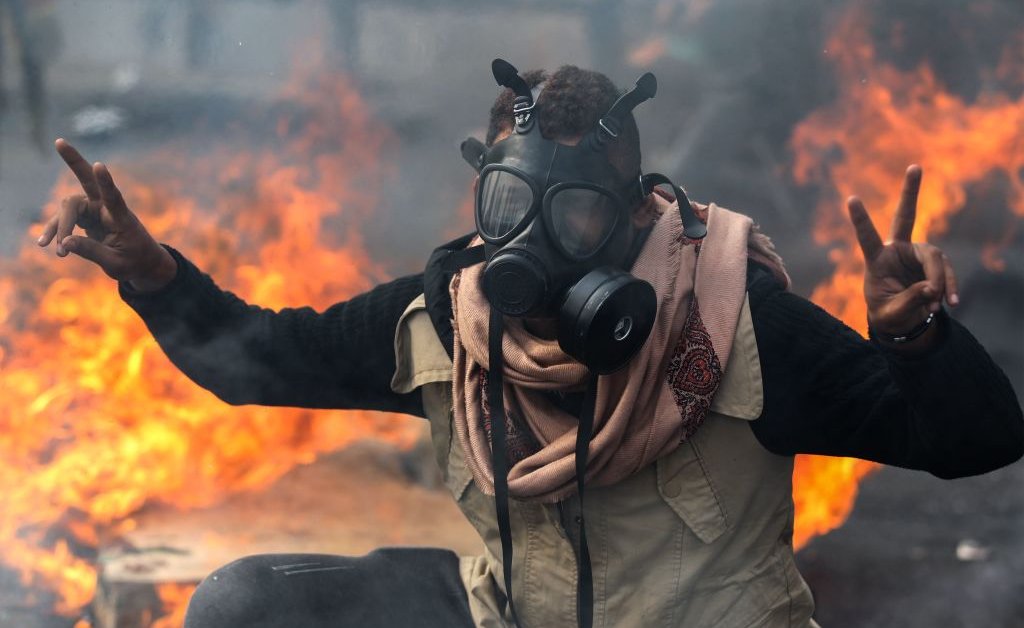 (BAGHDAD) — An entire bunch of supporters of an influential, radical Shiite cleric gathered Friday in central Baghdad for a rally to impeach that American troops push back the country amid heightened tensions after a U.S. drone strike earlier this month killed a top Iranian overall in the Iraqi capital.

Since mid-morning on the Muslim day of prayers, loudspeakers blasted “No, no The US!” at a central sq. in the Iraqi capital. A young particular person held up a poster studying, “Loss of life to The US. Loss of life to Israel.”

Roads and bridges main to the heavily fortified Green Zone, the seat of Iraq’s govt and residential to several international embassies, including the U.S. Embassy, were blocked off by concrete barriers. Iraqi security forces stood guard, blocking entry to the gates to the zone.

There used to be a heavy security presence as the protesters, mostly hailing from the capital nevertheless also Iraq’s southern provinces, walked on foot to an assembly level in Baghdad’s Jadriya neighborhood, waving Iraqi flags and carrying symbolic white shrouds.

Shiite cleric Moqtada al-Sadr, whose occasion gained basically the most need of seats in the Might maybe maybe maybe 2018 parliament elections, had referred to as for a “million-man” demonstration to impeach he withdrawal of American troops following the U.S. drone strike terminate to Baghdad’s airport that killed top Iranian overall Qassem Soleimani and senior Iraqi militia commander Abu Mahdi al-Muhandis, sparking the ire of Iraqi officials from all around the political spectrum.

Friday’s rally is supported by mainstream Shiite parties, including al-Sadr’s political rival Hadi al-Ameri, who heads the Fatah bloc in parliament, as successfully as the Popular Mobilization Items, an umbrella neighborhood constituted of an array of militias, including Iran-backed groups. Consistent with a public outcry over the U.S. airstrike, Iraq’s parliament passed a non-binding decision this month, calling on the govt. to expel international troops from the country. Kurdish and most Sunni lawmakers boycotted the vote.

“The American forces must mute push back,” talked about an 18-twelve months-extinct protester, Amer Saad. “I’m in a position to fight in opposition to the American citizens if Moqtada al-Sadr asks us.”

Police and militiamen of the Popular Mobilization Items also closed off roads main to the utter pickle, in both Karada and Jadriya neighborhoods of Baghdad.