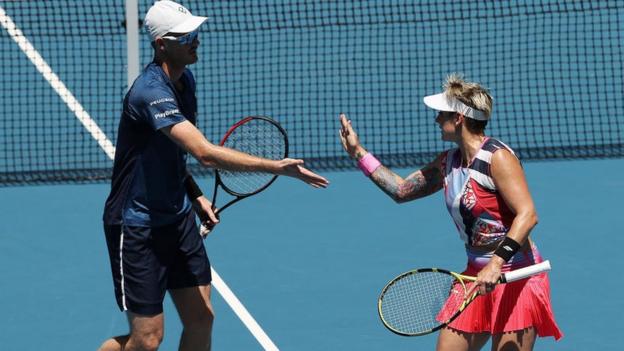 Britain’s Jamie Murray and American partner Bethanie Mattek-Sands are by approach to to the semi-finals of the mixed doubles at the Australian Inaugurate.

They saved six wreck sides, including two while serving for the match.

It’s the first time Murray has reached the final four within the mixed doubles in Melbourne but Mattek-Sands acquired the title in 2012 with Horia Tecau.