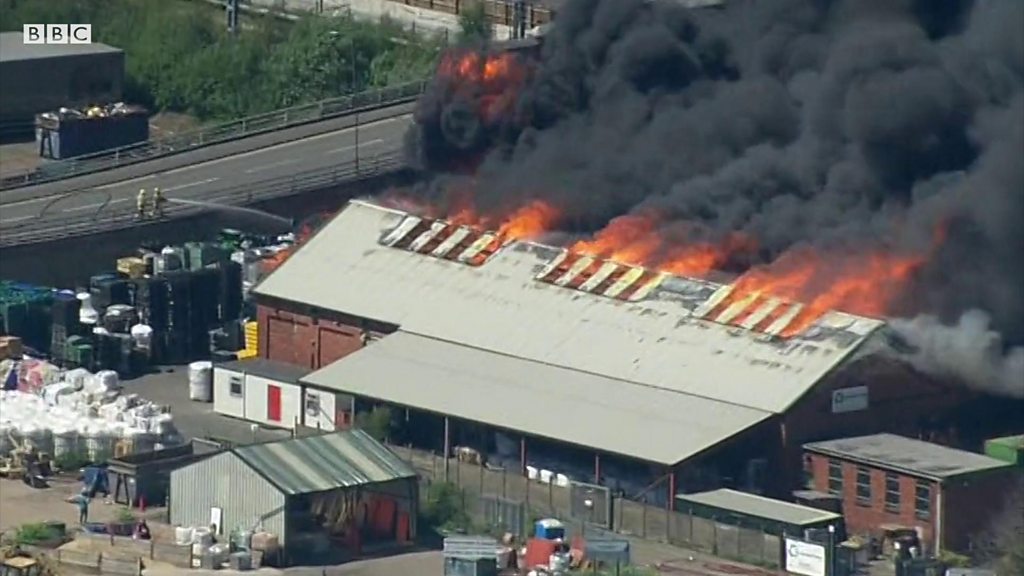 A mountainous fire has broken out at a plastics recycling plant.

The blaze, on the Sankey Valley industrial property in Newton-le-Willows, Merseyside, started merely after 11: 00 BST.

Aerial pictures reveals fire crews attempting to dampen the flames, that will be seen coming from the roof of the constructing.

A serious incident was declared as 20 fire engines were despatched to the blaze which entails a substantial quantity of plastic crates and a brick constructing.

A local caravan predicament was evacuated however there are no longer any experiences of any accidents.

Local resident Marc Fisher, 23, who lives within the flats reverse, mentioned he was alerted by neighbours to the blaze.

He mentioned: “The scent was surely unfriendly and all I would possibly per chance per chance gape was sunless bellows of smoke.

“I would possibly per chance per chance gape the flames popping up over the timber and burning the leaves.

“There was also an excellent deal of smoke subsequent to the bridge on the railway line as successfully, blowing in direction of Earlestown.

“I went out to movie it and the police urged us to take hold of support.”

The fireplace, which is subsequent to railway lines, is affecting rail providers between Newton-le-Willows and Huyton and Earlestown and Warrington Financial institution Quay.

A chain of aspect road closures are also in build.