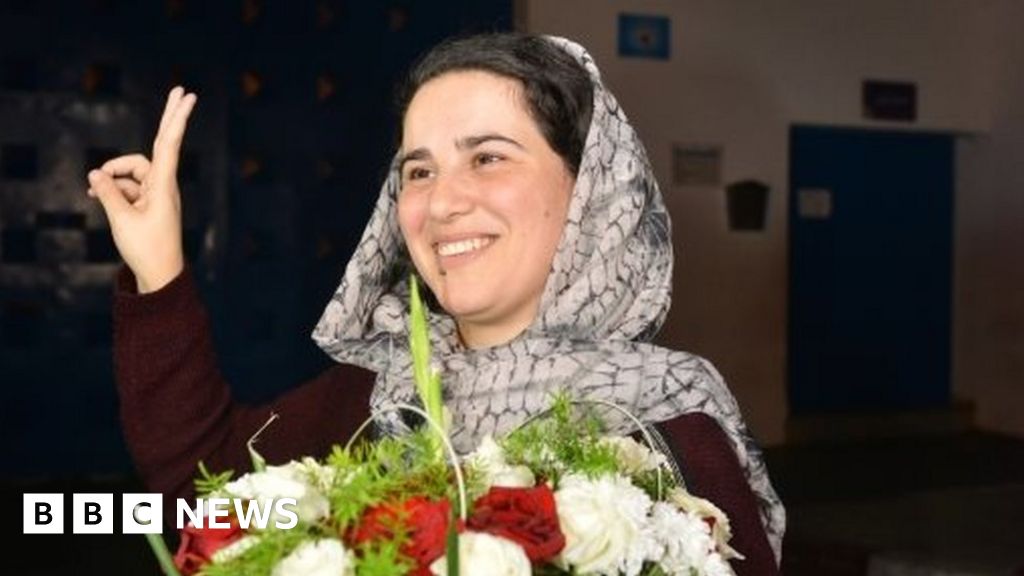 A Moroccan journalist sentenced to a year in jail for premarital sex and having an abortion has been pardoned by King Mohammed VI, officials say.

The justice ministry said the king’s intervention in the high-profile case was “an act of compassion and mercy”.

Journalist Hajar Raissouni, 28, made a victory sign as she left a prison on Wednesday together with her fiancé, who was also pardoned.

Activists say her case is part of a crackdown on independent reporters.

Premarital sex and abortions are illegal in Morocco.

Ms Raissouni works for the Akhbar Al-Yaoum daily, a newspaper critical of the authorities.

She was with her Sudanese fiancé as they left a gynaecologist’s clinic in the capital Rabat in August. She denied all the charges, saying she had sought treatment for internal bleeding.

Ms Raissouni, who later denounced the case against her as a “political trial”, was sentenced in September.

The prosecutor in the case said the circumstances of the journalist’s arrest had nothing to do with her work as a journalist, and that the clinic she had visited was under police surveillance on suspicion of carrying out illegal abortions.

The court sentenced her fiancé to a year in prison and her doctor to two years. The doctor’s assistant and a nurse at the clinic were also found guilty but were given suspended sentences.