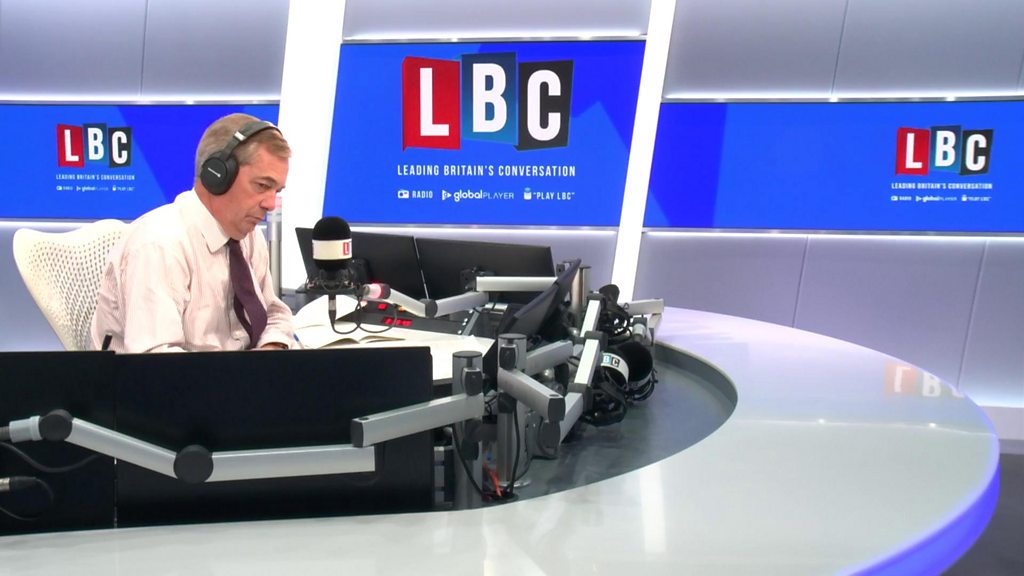 Downing Street has defended the UK’s Brexit deal with the EU, following criticism from the US president.

Donald Trump said the US “can’t make a trade deal with the UK” under Boris Johnson’s EU withdrawal agreement.

But a No 10 spokesperson said the deal meant “we can strike our own free trade deals around the world, from which every part of the UK will benefit”.

Other comments made by Mr Trump led Labour to accuse him of trying to “interfere” in the election.

Speaking to LBC, the president said Mr Corbyn would be “so bad” as prime minister and that Mr Johnson was “the exact right guy for the times”.

Mr Corbyn accused him of “trying to interfere” in the UK general election to boost “his friend Boris Johnson”.

The UK is going to the polls on 12 December following a further delay to the UK’s departure from the EU, to 31 January 2020.

Mr Johnson hopes to win a majority of seats so that he can get his deal through Parliament – while Mr Corbyn promises another referendum if he wins the keys to 10 Downing Street.

In August, Mr Trump promised a “very big trade deal” with the UK and predicted that leaving the EU would be like losing “an anchor round the ankle”.

But speaking to supporter Nigel Farage on LBC, Mr Trump was critical of the withdrawal agreement Mr Johnson recently reached with EU leaders.

But he added: “To be honest with you… this deal… under certain aspects of the [Brexit] deal… you can’t do it, you can’t trade.

“We can’t make a trade deal with the UK because I think we can do many times the numbers that we’re doing right now and certainly much bigger numbers than you are doing under the European Union.”

Mr Trump, who has previously expressed his backing for Brexit, did not elaborate on what difficulties he thought may arise in striking a US-UK trade deal.

In response, a Downing Street spokesperson said Mr Johnson’s Brexit deal with the EU “ensures that we take back control of our laws, trade, borders and money”.

“Under this new deal, the whole of the UK will leave the EU customs union, which means we can strike our own free trade deals around the world from which every part of the UK will benefit,” No 10 added.

Mr Corbyn has said a post-Brexit trade deal with Mr Trump’s administration would give US companies greater access to the NHS, and allow them to profit from it at UK taxpayers’ expense.

However, Mr Trump dismissed the Labour leader’s claim, saying: “Not at all. We wouldn’t even be involved in that, no. It’s not for us to have anything to do with your health care system. No, we’re just talking about trade.”

The UK government has said that, under any future trade deal with the US, it wants protections for the NHS.