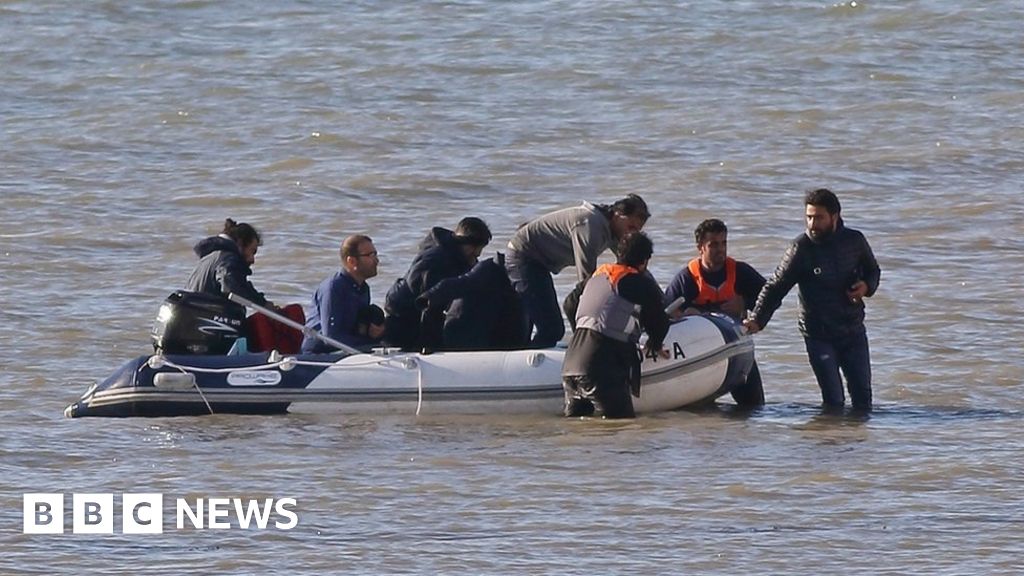 French authorities have stopped fewer than half of all migrants intercepted crossing the English Channel in small boats so far this year.

More than 1,460 people have crossed the Channel successfully, with 1,105 stopped in France, according to figures from the regional government in Calais.

A total of 237 boats were intercepted in the first 10 months of the year, 99 of which were stopped by the French.

But a French MP said up to 90% of boats were being prevented from even leaving.

Last month more than 70 people made the journey successfully – mainly via Kent – despite the introduction of an “enhanced action plan” on both sides of the Channel.

Home Secretary Priti Patel announced in October that patrols of French beaches would double to “stop these dangerous Channel crossings which are putting vulnerable lives at risk”.

About 210 people made the crossing in September but in August the figure was more than 330.

Former coastguard Andy Roberts said he expected the crossings to continue and to spike again next summer, when conditions would be better.

He said: “It’s one less problem for the French to deal with.”

Fisherman Matthew Coker, who has rescued four boats of migrants this year, said he feared the French authorities were “turning a blind eye”.

He said: “I’ve seen French warships escorting the migrant vessels through the shipping lanes on the French side.”

But Calais MP Pierre Henri Dumont, who chairs the French parliament’s Brexit committee, told the BBC: “It makes no sense. The fisherman maybe misunderstood what he saw.”

He claimed between five and 10 boats were being prevented from leaving France every night.

“We stop maybe 90% of the total of all the boats leaving the French coast.”

The figures from Pas-de-Calais prefecture, which covered the period from 1 January until 24 October, also revealed 11,952 migrants had been found hidden in lorries at the Port of Calais and a further 7,911 at the Eurotunnel terminal.