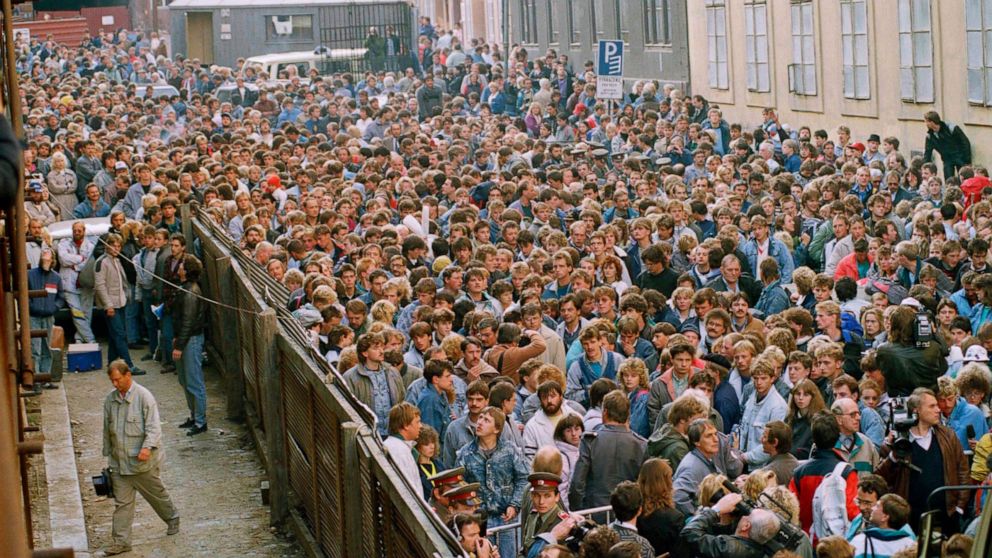 A glance at events leading up to the fall of the Berlin Wall in November 1989 and Germany‘s subsequent reunification.

Jan. 19, 1989: East German leader Erich Honecker says the Berlin Wall “will still exist in 50 and even in 100 years, if the reasons for it are not overcome.”

Feb. 5: 20-year-old Chris Gueffroy is fatally shot while trying to cross the border in Berlin. He is the last person to be killed at the Wall.

May 2: Hungarian border guards begin removing border fortifications and barbed wire at the country’s frontier with Austria, the first chink in the Iron Curtain that separated Europe’s east and west.

May 7: Local elections are held in East Germany. Opposition representatives report that the number of “no” votes to the country’s communist rulers isn’t reflected by official results.

Aug. 19: Hundreds of East Germans take advantage of a “Pan-European Picnic” organized by Hungarian opposition members near the Austrian border to escape to the West.

Sept. 4: The first of what become weekly Monday demonstrations for freedom of assembly and travel is held in Leipzig.

Sept. 11: Hungary allows East Germans to cross its border to Austria, opening the way to the West for tens of thousands.

Sept. 30: Nearly 6,000 East Germans holed up at the West German embassy in Prague are allowed to leave for the West.

Oct. 3: East Germany halts visa-free travel to Czechoslovakia to stem an exodus of its citizens.

Oct. 18: Honecker is removed as East German leader after 18 years in power, replaced by Egon Krenz.

Nov. 9: East Germany opens its heavily fortified border after 28 years. Over the subsequent weeks and months, people chip away at the barrier.