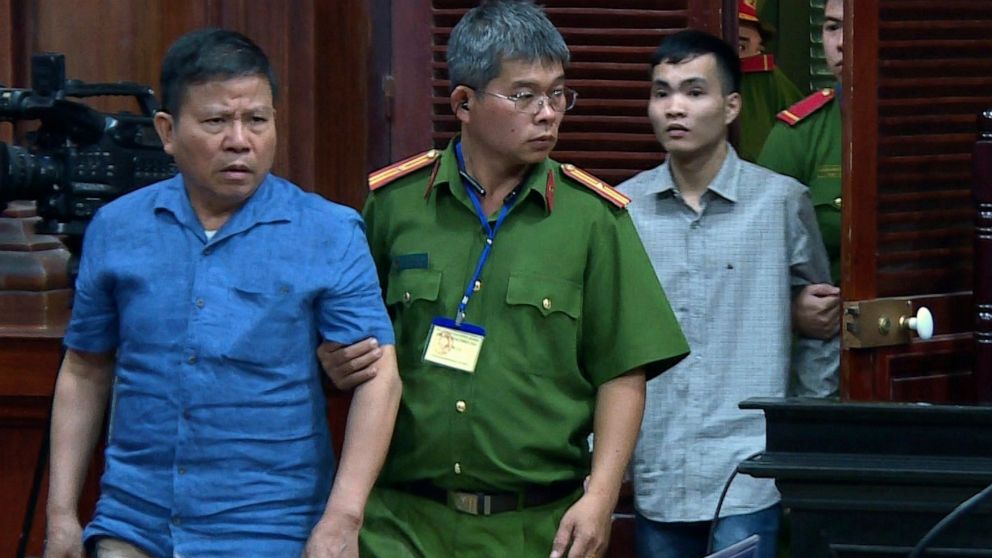 A Vietnamese court on Monday sentenced a 70-year-old Australian to 12 years in jail on terrorism charges, state media reported.

It said two Vietnamese men, Nguyen Van Vien and Tran Van Quyen, were also sentenced to 11 and 10 years respectively on the same charge.

The newspaper described the three men as members of Viet Tan, an overseas-based political group seeking Vietnamese political change that Vietnam’s government has branded “terrorist” since 2016. It said Kham was in charge of the group’s Australian branch and was assigned to raise funds to finance what it called “reactionary activities” in Vietnam.

Viet Tan called the charges “baseless” and said the legal proceedings were a sham.

“We challenge the Vietnamese government to provide any evidence linking them to ‘terrorism.’ The Vietnamese authorities are criminalizing human rights advocacy,” Viet Tan chairman Do Hoang Diem said in a statement.

The newspaper said Kham was arrested in January when he crossed the border from Cambodia into Vietnam using false ID documents after taking Vien and Quyen on a training trip in Cambodia.

Kham served in South Vietnam’s army during the Vietnam War and fled to Australia several years after the Communist North defeated the South and reunited the country, it said.

He will be deported after serving his jail term, the newspaper said.

“He has been incarcerated on bogus, politically motivated charges that demonstrate just how fearful Vietnam is about people exercising their rights and demanding genuine democracy,” Phil Robertson, the New York-based group’s deputy Asia director, said in a statement.

The statement said Vietnam has recently arrested and imprisoned a number of people allegedly affiliated with Viet Tan.