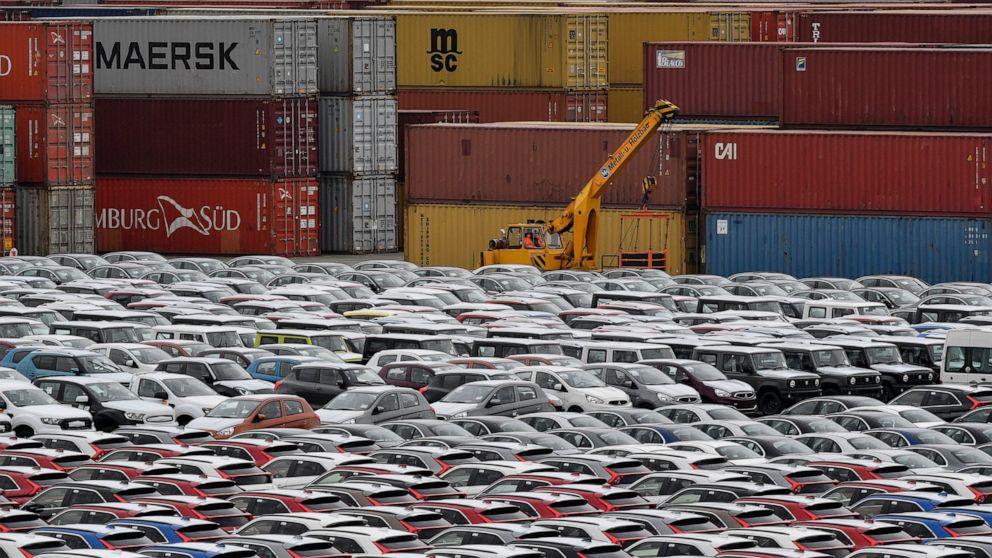 The German economy returned to modest growth in the July-September period, averting a widely-feared recession

The Wiesbaden-based agency said the economy grew 0.1% in the July-September period over the previous quarter, largely driven by public and private consumption. Exports rose as well, while imports remained roughly at the second quarter level, the agency reported.

It said, however, that the second quarter contraction was greater than preliminary figures had shown, with the economy shrinking in the April-June period by 0.2% compared to the 0.1% originally reported.

Two straight quarters of declining output is considered a technical recession, which many economists had predicted that Germany had entered in the third quarter.

Though the recession was averted, economists warned Germany remains in a de facto stagnation and noted it faces strong headwinds.

Among other things, the dispute between U.S. President Donald Trump and the Chinese leadership over China’s trade surplus with the U.S. has dampened trade and industrial output by raising uncertainty about whether and where more tariffs might be imposed. Another negative is uncertainty about the date and terms of Britain’s departure from the European Union.

Liechtenstein’s VP Bank cautioned that commercial disputes are delaying investments in industry, and key areas like the automotive sector are struggling with lower demand and massive challenges like the shift away from internal combustion engines to electric vehicles.

“According to the official version Germany has avoided a recession but this does not change the overall difficult economic situation,” the bank said in a research note.

Services companies and the jobs market have held up well in Germany, but the industrial sector, led by automobiles and factory machinery, has seen declines amid trade tensions.

ING economist Carsten Brzeski said the “German economy can still be divided into two worlds: the depressive world and the happy-go-lucky one.”

On one hand, the manufacturing sector is struggling amid the international and structural challenges, while on the other, private consumption remains solid with low inflation, low interest rates and a strong labor market.

“The main question, however, is how long the happy-go-lucky world can resist the negative impact from the depressive world,” he said. “The latest developments suggest that the protective shield has started to crumble.”

A week ago, the German government’s independent panel of economic advisers reported that a 0.1% third-quarter contraction was likely.

Though they said there were no signs of a “broad, deep recession,” the panel also said there was no sign of a “strong revival” in the fourth quarter. The five-member panel cut its economic forecast to growth of 0.5% this year and 0.9% in 2020, compared with its forecast in March of 0.8% this year and 1.7% next year.

In their report, the government economists cautioned that a no-deal Brexit could yet chop 0.3 percentage points off next year’s German growth, reducing it to 0.6%.

Britain is currently scheduled to leave the European Union by the end of January, but whether, how and when it departs will depend on the outcome of an election next month.

And even though the recession has been averted, “the numbers are no cause for complacency,” said Friedrich Heinemann, head of Germany’s ZEW economic think tank.

Among the issues the government needs to address are the country’s corporate tax rate and the impending “retirement wave’ of the baby boomer generation, he said.

“For German’s well-being, it does not matter if quarterly growth is a touch below or above zero,” he said. “On the contrary, concern should be more focused on the sinking prospects for Germany’s long-term growth.”