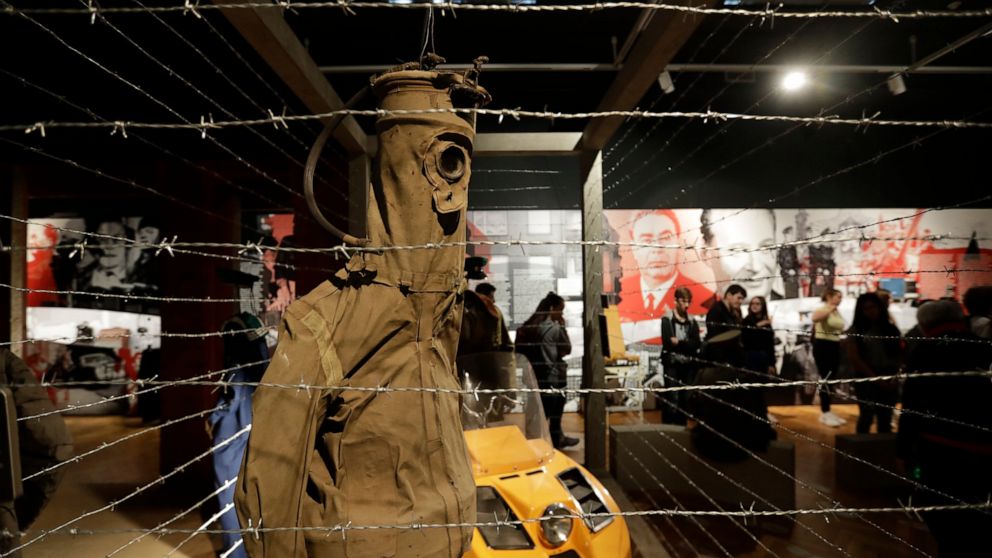 The Iron Curtain was more than just a figure of speech: Communist regimes set up thousands of miles of heavily-guarded, electrified barbed wire fencing to completely isolate Eastern Europe from the West.

That still didn’t stop many from desperately attempting to flee the totalitarian East. Some succeeded but many lost their lives.

Among the latter, in what was then Czechoslovakia, was a priest in the brutally-persecuted Catholic Church named Josef Skop. Hoping to reach East Germany, before the Berlin Wall sealed off its connection with the West, he decided to cross the River Elbe undetected by walking underwater in a home-made diving suit complete with rubber boots.

Not being an expert, he used a rubber garden hose as a breathing tube — a fatal mistake as it proved too long and too narrow to ensure a sufficient air supply.

Nearly 300 people are known to have died, many killed by border guards with orders to shoot on sight, while attempting to escape from Czechoslovakia to the West.

Skop’s diving suit is on display in “Technology in Dictatorships,” a new exhibition at the National Technical Museum in Prague, now capital of the Czech Republic, one of the two countries into which Czechoslovakia split after communism. The display marks the 30th anniversary of the 1989 anti-communist Velvet Revolution by looking back at the surreal repression the nation underwent and at how it resisted.

It focuses on the technology used by the totalitarian regime to control its citizens — and the innovative means they used to undermine the omnipresent control.

There are typical James Bond-style spy gadgets, such as a microphone concealed in a watch or tiny cameras. But the most commonly-used surveillance equipment was much bulkier and had to be hidden in suitcases, pieces of luggage or even baby carriages.

“Spying was massive,” said Jan Hostak, the exhibition’s curator. The secret police known as StB — with about 15,000 staffers and a network of up to 100,000 collaborators — could spy on and bug 600 people at the same time.

For decades, this was enough to limit the activities of the relatively small number of dissidents who openly challenged the regime.

“The secret police agents were masters in bugging and eavesdropping on people and no dissidents could be certain that their apartment was not targeted,” Hostak said.

But protests intensified in 1989 and the StB could no longer contain them.

The exhibition includes mimeographs, copying machines that helped Havel and other dissidents spread their message, the Charter 77 human right manifesto among them.

Another centerpiece is a 1960s gyroplane — a helicopter-like super-light aircraft — that should have flown Vojtech Vala to the West. Vala acquired it without the necessary engine and used an old Walter Mikron II light plane engine from the 1930s to power it.

On Oct. 27, 1977, he took off from a highway construction site near Bratislava — now the capital of Slovakia — and was soon heading smoothly for the nearby Austrian border. He landed after a five-minute flight only to find out he was still in Czechoslovakia. Vala was arrested and later sentenced to 13 years in prison.

“It’s important to remind people of what it really was like,” Hostak said.

If you go: All the pieces on display are accompanied by a text in English. The National Technical Museum is open every day except Monday from 9 a.m. to 6 p.m. “Technology in Dictatorships” is open till June 28, 2020. The entrance fee is 250 Czech crowns ($11), with discounts for students, the elderly and families.