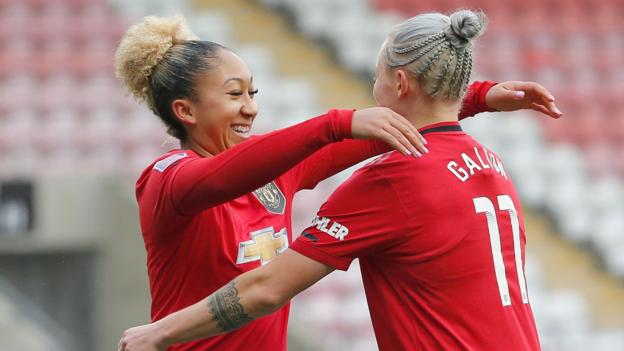 Leah Galton scored twice and set up a third as Manchester United eased to victory over Brighton in the Women’s Super League.

Moments after Millie Turner had seen an effort ruled out for offside, Galton’s low cross was turned in by Lauren James to put Manchester United in front.

Galton then drove in the second from an angle before sliding home Kirsty Hanson’s driven cross from close range.

Katie Zelem wrapped up victory from the spot after Hanson had been tripped.

Casey Stoney’s side created plenty of other chances on their way to a fourth win in five WSL games but were repeatedly denied by Brighton keeper Megan Walsh.