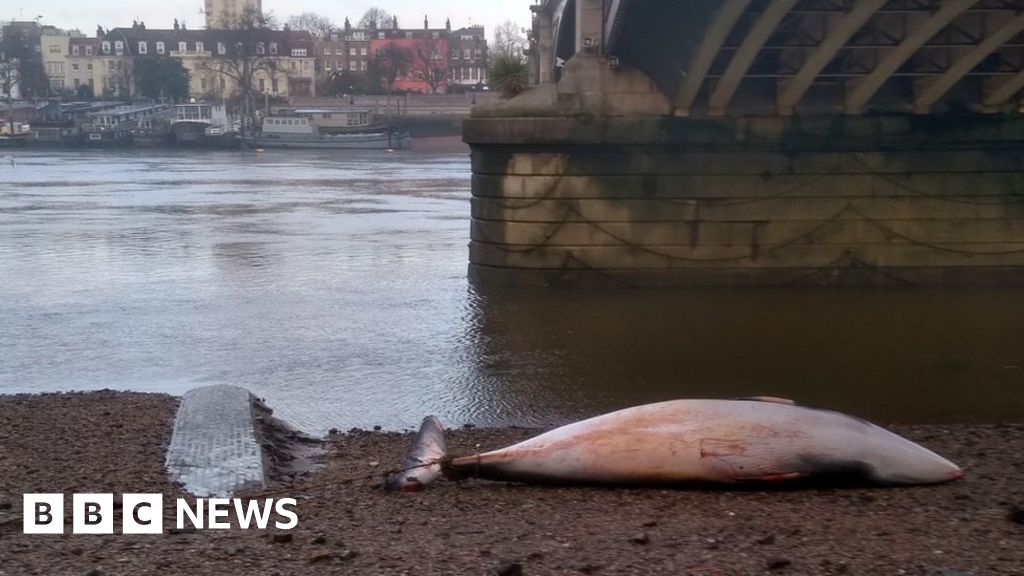 A dead whale has washed up in the River Thames for the second time in two months.

The mammal, believed to be a minke whale which can grow up to 33ft (10m) long, was found motionless on the river banks under Battersea Bridge late on Friday.

The Port of London Authority (PLA) said it will “endeavour to get the whale recovered safely” over the weekend.

A humpback whale was found dead in Greenhithe in October.

Clio Georgiadis said she was left “very emotional ” after finding the whale while walking her dog at about 21.30 GMT.

“We tried to see if there was any life in it but there was no breath coming out of it,” Ms Georgiadis said.

The PLA believe the mammal is a minke whale, which can weigh up to 10 tonnes.

They are occasionally spotted in British waters, preferring cooler regions to tropical areas, and can also be found in the Atlantic, Pacific, Indian and Arctic Oceans.

The PLA confirmed that it had received reports of a large mammal in the River Thames on Friday afternoon.

“The first clear indication we knew it was a whale was sadly when it washed up dead,” PLA spokesman Martin Garside said.

Two marine experts from the British Divers Marine Life Rescue were dispatched to assist the PLA removing the whale from the water.

The whale will be sent to the ZSL London Zoo for a post-mortem examination.