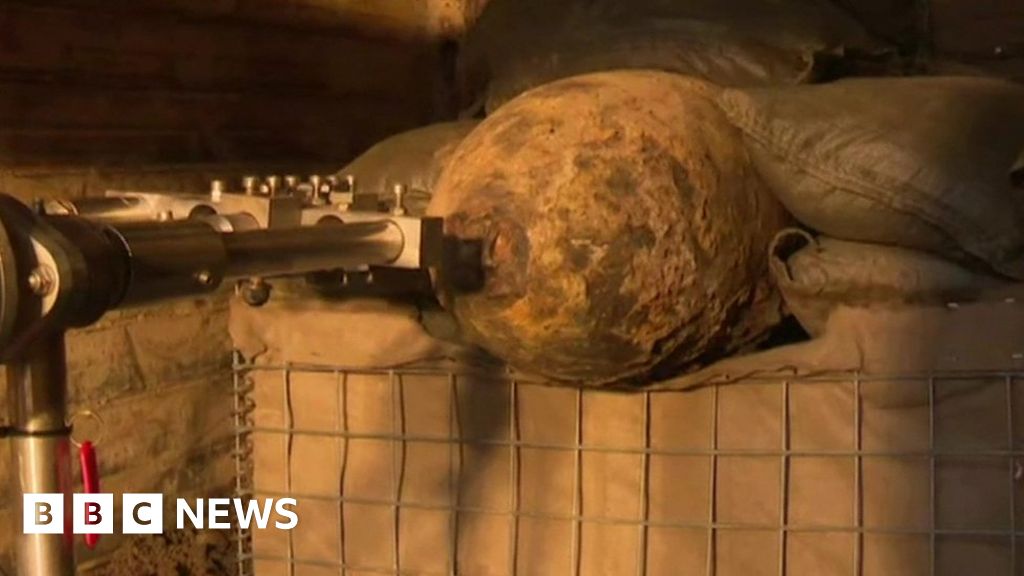 More than 10,000 people were evacuated from central Turin on Sunday as experts worked to defuse a World War Two bomb.

Residents of the Italian city were told to vacate a “red zone” in the historic district.

A further 50,000 living further away were told either to leave their homes in advance, or to remain inside during the operation.

The British bomb, dropped on the city 70 years ago, contained 65kg (140lbs) of dynamite, authorities said.

Turin Major Chiara Appendino said a detonator at the tail end of the device needed deactivating.

Local media said on Sunday afternoon that the operation to decommission the bomb had been completed faster than expected, and residents within the two zones had been allowed to go home.

Soldiers were deployed to patrol the two areas in order to avoid theft and looting, La Stampa reported.

Air space above Turin was closed during the operation.

Earlier this year, 4,500 people in Germany were evacuated when a World War Two bomb was exploded under controlled circumstances.