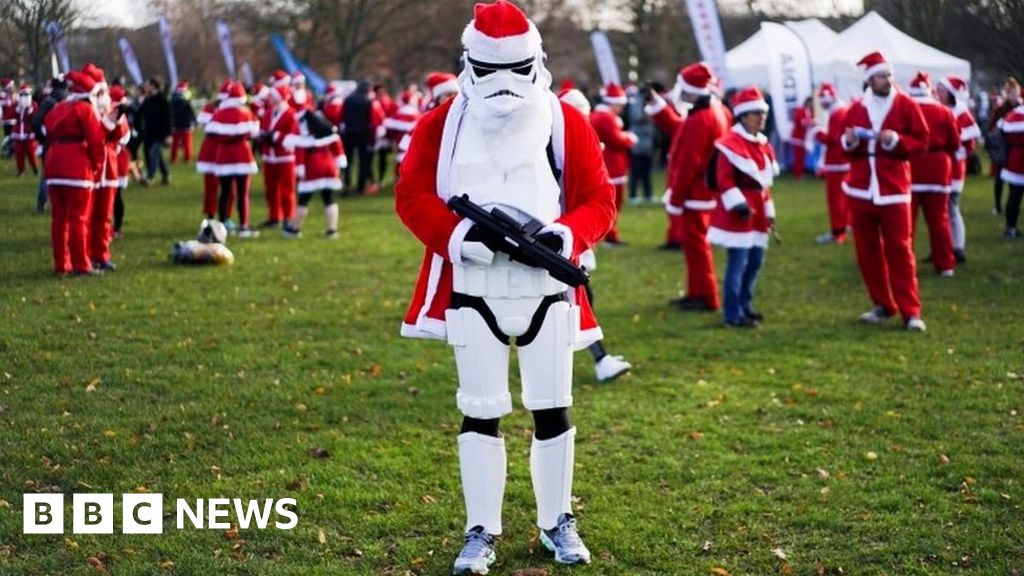 Santas of all shapes and sizes donned their trainers for the 10th London Santa Run.

Storm trooper Santas, Santas on horseback and a Santa dressed as a snowman had been among the many 3,000 of us who joined the annual tournament in east London.

Contributors could presumably perhaps presumably whine either a 5km (3 miles) or 10km (6 miles) route around Victoria Park in Hackney to eradicate funds for a spread of charities.

The organisers hoped to eradicate between £500,000 and £1m from the tournament.

The morning started with a couple of elves leading a warm-up sooner than hundreds of of us carrying red coats, bobble hats and white beards took to the tracks.

Of us who carried out the glide had been greeted with mince pies, Christmas carols and a medal.

Build the Kids became this year’s headline charity, however contributors could presumably perhaps presumably snatch to toughen a spread of assorted organisations with about 65 represented in all.

Skyline Events described the glide as the largest yet, adding that it helped earn “everyone into the Christmas spirit”.

The glide coincided with one other – rather wetter –Santa Run in Glasgow.

All photography arena to copyright.