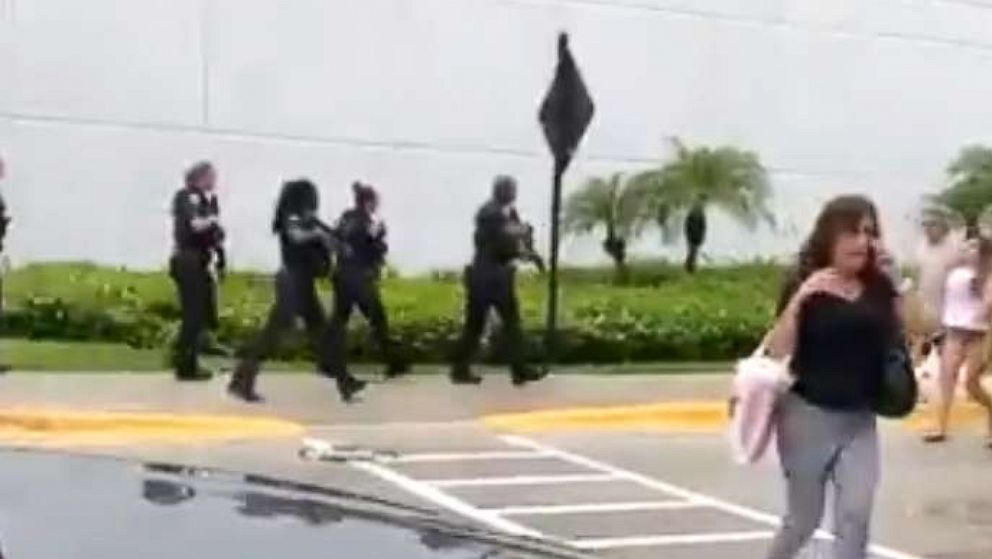 One person has been injured in a suspected shooting at the Town Center Mall in Boca Raton, Florida, according to police.

Alexander would not confirm that the wound was caused by a gunshot.

Police responded to the mall just after 3 p.m.after receiving reports of shots fired inside the building, Alexander said. The victim was found inside the food court, where the entirety of the incident likely occurred, he added.

There was no additional gunfire heard after the initial reports, Alexander said.

Others inside the mall suffered minor injuries they received from tripping and falling, according to the chief. Thousands of people were inside the mall as SWAT teams worked to clear the area.

There was no active shooter at the Town Center Mall in Boca Raton, Florida, according to a tweet by the Boca Raton Police Department. There is no suspect in custody, and investigators did not release any information on a suspect during the news conference.

A video posted to Twitter shows multiple police officers walking toward the mall as alarmed shoppers hurry toward the parking lot.

A weapon has not been recovered, Alexander said.

Police are asking anyone with information to call in with tips.