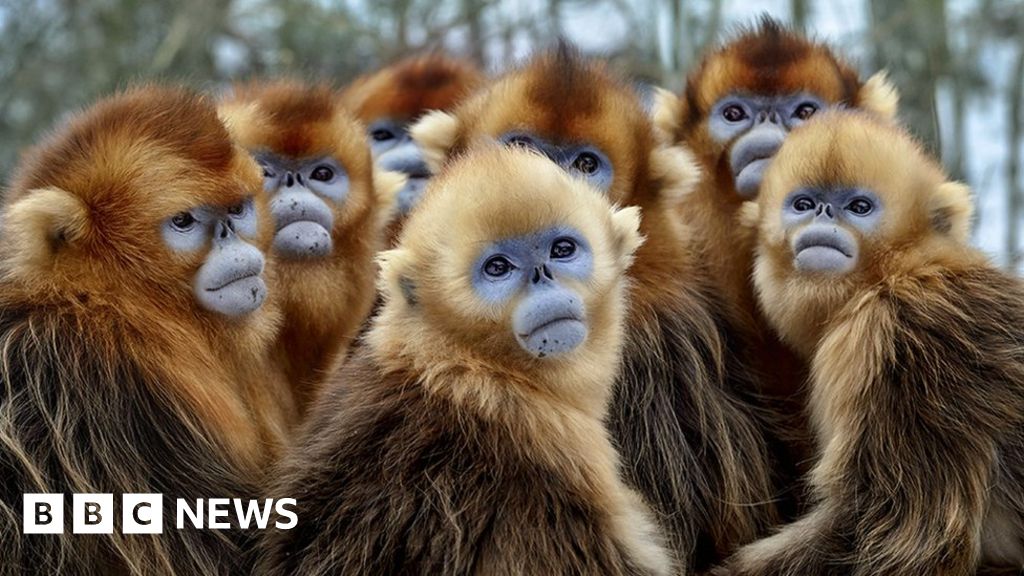 Who needs US thrillers and Scandi-dramas when you’ve got Sir David Attenborough talking about wild hamsters or snub-nosed monkeys?

This weekend, Sir David is back on the BBC, narrating new nature series, Seven Worlds, One Planet.

Fans of Planet Earth or Blue Planet will know what to expect: a mix of overwhelming cuteness and rampant slaughter.

This new series will show how that unfolds across all seven continents – and the impact global warming and human interference has had on animal populations.

And these are some of the faces (and flippers) that viewers will meet along the way.

Surprise! (Now I want to kill you)

Don’t be fooled, this isn’t a friendly greeting between a gentoo penguin and a leopard seal.

We know the gentoos are cute, the gentoos know they’re cute but the seals like nothing more than dismembering and devouring a couple for their tea.

Grey-headed albatross chicks don’t just sit on nests like these to look cool, they keep them off the wet ground below.

If they fall out of the nest and can’t get back in, the chicks can freeze to death – which sounds about right for an Attenborough series.

We’re still not over what happened with the barnacle goslings – and they tumbled (some to their death) onto our screens way back in 2014.

Oh sure, these snub nosed monkeys from Eastern China look cute now, but just wait until the teeth and claws come out.

Bonus: This is a baby snub

Something awful’s going to happen to this little guy, isn’t it?

Starfish are hard to love with their lack of a brain and weird eating habits, but stick a massive sea spider (the size of a dinner plate, we’re led to believe) on top and we’re out. Sorry boys.

This is a European hamster and he probably deserves his own spin-off series because this guy has one hell of a back-story.

The ones we’ll see in Seven Worlds, One Planet live in graveyards in Vienna and have been in the area for decades, but now live among the dead because development has robbed them of the meadows they used to inhabit.

‘We used to be fun, Jeremy’

The blank, exhausted expressions of parents with young children everywhere.

These guys are guanaco

Similar to a llama, guanaco are handy for their fur and not without their charm.

Sure, this seal pup looks cute to you, but show this to a penguin and he’ll have a thing or two to say.

So terrible, they named him (horribly) twice

Known to people in Australia (where they live in the desert) as the thorny devil, the scientific name for these spiky reptiles is Moloch horridus – which isn’t much nicer.

The man, the myth

Seven Worlds, One Planet starts on BBC One on Sunday 27 October at 6.15pm.

If you want more to get you in the mood, here’s the official trailer.