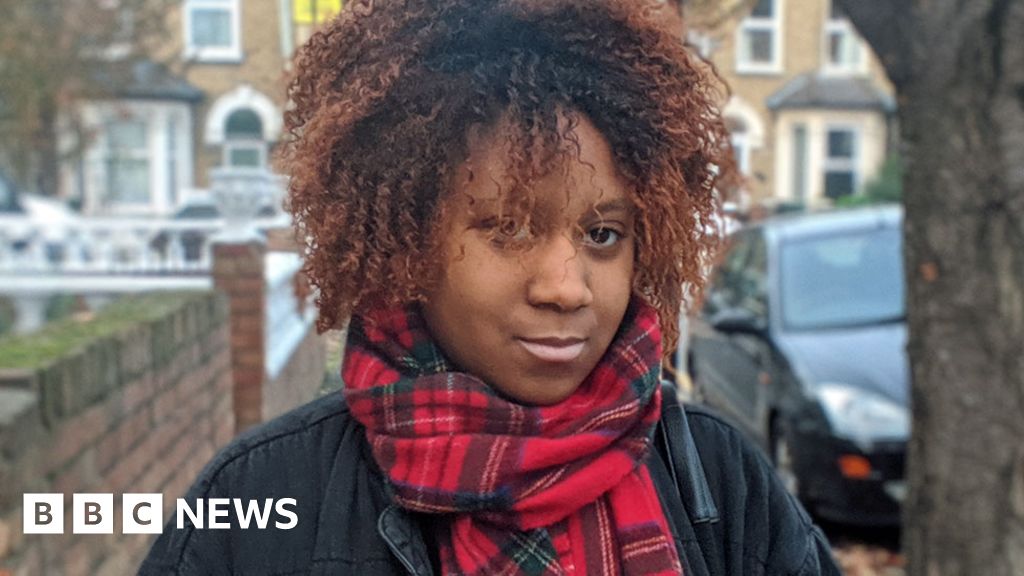 If a young person lost their sight, you might think it would be straightforward enough to get special needs funding.

But Kezia, from Leyton in east London, has been struggling to get support for a specialist place.

Now aged 23, she began to have trouble with her sight when she was taking her GCSEs.

At first she thought it was an eye infection, but in a matter of days she had gone blind in one eye and was losing vision in the other.

“I was in denial for a long time, I couldn’t deal with it,” she said.

In hospital she was diagnosed with “neuromyelitis optica”, a rare condition which affects the spinal column and optic nerves.

The idea of losing sight in one eye and having deteriorating vision in the other was not something she wanted to accept.

“It’s not the first thing you want to tell somebody,” she said.

So she continued on to college where, with some extra assistance, she struggled through. She began with four A-levels but her failing sight led to her only managing to complete two.

But what she wanted and needed was some specialist support. She needed to be trained for a job that she could do without sight.

The Royal National College for the Blind is the national centre for 16 to 25 year olds with visual impairments, helping them with qualifications, skills for work and for living independently.

Kezia was assessed and accepted for a place at its campus in Hereford – but the funding depended on her local authority and they turned her down.

At the meeting with Waltham Forest Council, she says she was pushed towards other local alternatives, such as taking an apprenticeship or going to a local college.

“I was confused a lot of the time,” she says of the meeting.

When she didn’t get support for a place at the Royal National College for the Blind, she didn’t appeal or take it to a tribunal. “I didn’t know you could,” she says.

Instead she went home, without a job, training or education, where she is now. “I’ve nothing lined up,” she says.

Kezia says that it is an isolating experience to have a problem that is so unfamiliar to the rest of her friends and age group.

It can feel “lonely,” she says, when she cannot join in with what her friends are doing – or even talk to other people about it.

“I don’t think people know about visual impairment anyway. Most people I meet don’t know anything about it, they don’t even know that I can’t see,” she says.

She was self-conscious about using a white stick and stays in places she knows well enough to get around.

But the Royal National College has now taken up her case.

This is a well-trodden path for the college, where challenges, tribunals and lawyers have become a constant part of the battle for special needs funding.

The college itself is in deep financial difficulty, because local authorities are unwilling or unable to pay for places for students.

Even though it’s a national centre, and has been around for almost 150 years, the college depends on a local funding system.

“It’s difficult for the local authorities, because there isn’t enough money in the system,” says Lucy Proctor, chief executive of the college’s charitable trust.

Waltham Forest was contacted about this case but has not commented.

The cross-party education select committee recently described the special needs system as becoming a “treacle of bureaucracy” in which families face a “titanic struggle” to get the help they need.

But what about the individuals caught up in all of this?

She says the system of support seemed to be too narrowly defined, so it was available to those with the most extreme needs or those who have the resources to fight.

“Nothing is easy or straightforward. It’s not really fair,” she says.

“It’s hard to accept that money is deemed more important than a young person’s future.”

Ms Proctor says every year there are young people who get places at the Royal National College but then cannot take them up, often over a lack of funding and because their families are so “tired of fighting and can’t face another battle”.

Lord Blunkett, who went to the college, raised concerns in the House of Lords about its “serious financial situation” and in response education minister Lord Agnew had promised to investigate.

The Department for Education has promised an extra £780m for special needs in 2020-21 and is carrying out a wider review of the system.

But a spokeswoman said: “The Royal National College’s future viability is in the hands of those who govern it and the local authorities that require student places.”