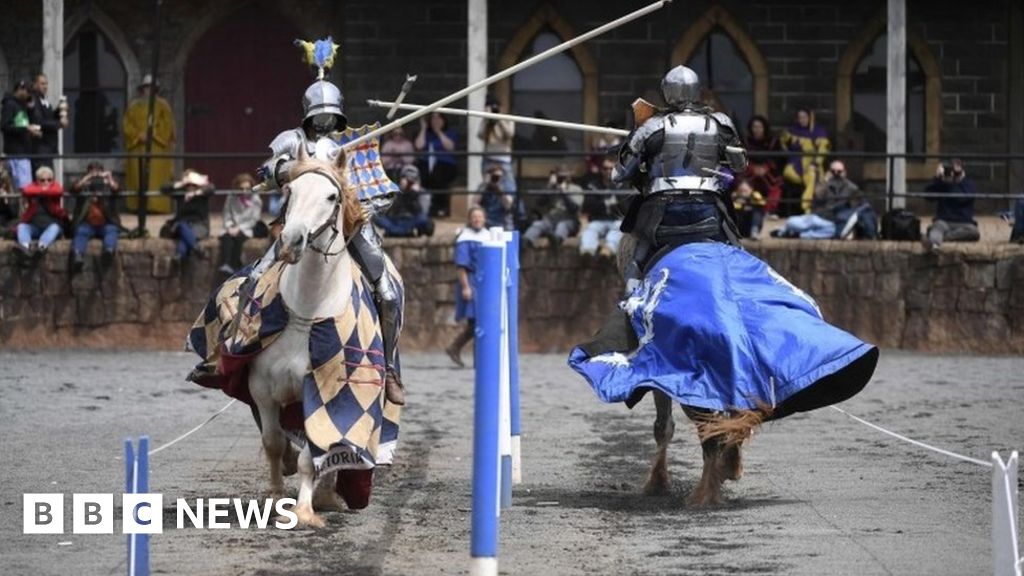 England and Australia took their sporting rivalry into a bygone era on Saturday, as the two nations faced off in a jousting match.

Decked out in medieval outfits, competitors charged each other on horseback, each trying to break a wooden lance on their opponent’s torso to win points.

The Australians emerged victorious in the “Ashes” of jousting, a reference to the legendary Test cricket matches between the two countries.

Jousting is typically associated with knights in the Middle Ages, but historical jousting has been gaining popularity in England in recent decades.

English enthusiasts only recently became aware of Australians taking part in the sport.

They now hope the jousting battle will become an annual event.

In an effort to replicate the cricket Ashes urn – which carries the remains of cricket bails burned after Australia defeated England in a Test in 1882 – organisers burned some of the lance tips broken off during the competition on Saturday to use as a symbolic trophy.

“The next Ashes will be taking place in England in two years’ time and they’ll have the chance to win the trophy and take it over there,” Phil Leitch, the Australian captain, told the AFP news agency.

However, Mr Leitch said that’s where similarities between the two sports end.

“I think it’s 100 times more exciting than watching cricket – seeing men on horses each travelling at about 40 kilometres an hour, hearing the crack of the lance, seeing pieces of wood go flying in the air… that’s much more exciting for me than cricket,” he said.

All photos subject to copyright