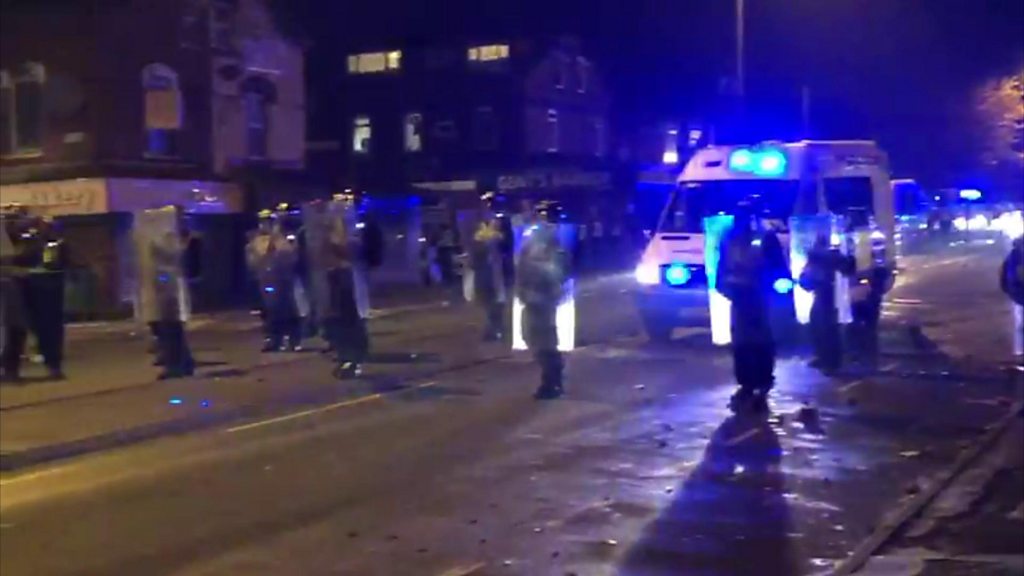 A helicopter was also deployed to tackle the mayhem that broke out after 20:00 GMT in Harehills Road.

A number of people were arrested. Police said investigations were ongoing to identify all those involved.

A number of roads were closed while officers contained the groups.

No-one was reported to have been injured, the force said.

Ch Supt Damien Miller said: “We made it clear from the outset that any instances of disorder or antisocial behaviour would not be tolerated and we were able to quickly respond.”