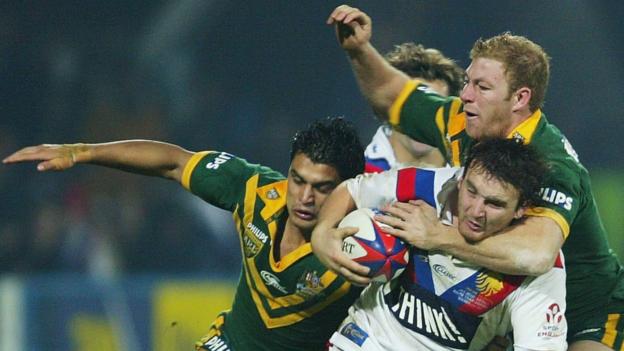 It will be the first Ashes series since 2003 and the Kangaroos will take on England at Spurs’ 62,062-capacity stadium on Saturday 14 November.

The three-match series begins at the University of Bolton Stadium on Saturday 31 October.

And the second game will be held at the Elland Road home of Leeds United FC seven days later.

It will be the first time rugby league has been played at Tottenham’s new stadium, which has staged NFL games and will host Saracens’ annual showpiece Premiership rugby union game from 2020.

“We are thrilled to be welcoming Australia back to this country for the first time since 2016,” the Rugby Football league’s chief executive Ralph Rimmer said.

“We hope the venues we have chosen, with a split between Lancashire, Yorkshire and London, will be popular both with regular rugby league supporters and also the broader sporting public.

“The University of Bolton Stadium and Elland Road have both staged successful rugby league events in recent years, and it’s exciting for us to be taking a first fixture to the stunning Tottenham Hotspur Stadium in London.”