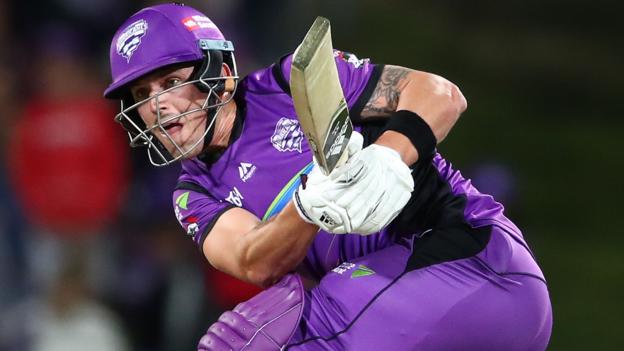 Australia international wicketkeeper Ben McDermott has signed a white-ball contract with Derbyshire for 2020.

The 24-year-old, who has played nine T20 games for Australia, will be available for all of the Twenty20 Blast and One-Day Cup matches next season.

He was the eighth-highest scorer in last season’s Big Bash, with 376 runs for the Hobart Hurricanes.

“Ben’s what we are looking for in T20, a dynamic wicketkeeper-batsman,” said head of cricket Dave Houghton.

“In the 50-over competition his batting will be of great benefit and he gives us another option with the gloves. Ben’s capable of taking the attack to the opposition.”

He added: “I love the short-format stuff, but I’ve found good form in the 50-over competitions back home and I want to bring that to Derbyshire next summer.”