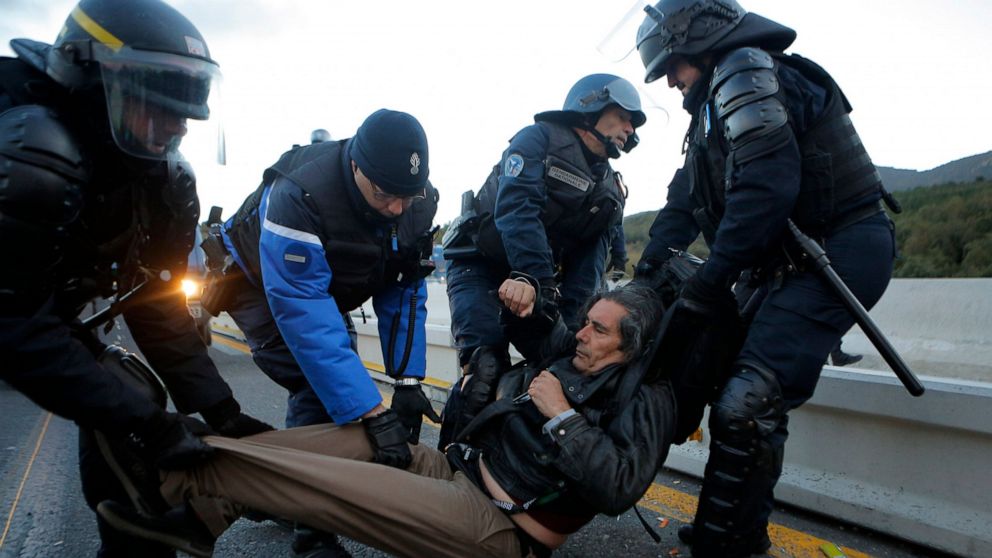 French police have used pepper spray and batons to push back pro-Catalan independence protesters who blocked a major highway border pass between France and Spain.

The police then began towing away vehicles and debris with the aim of reopening the road to traffic.

The police action Tuesday led to some scuffles, and some protesters could be seen crying from the effects of the spray.

The planned three-day protest started Monday. It was organized by a clandestine activist group called Tsunami Democratic, which has staged many protests, some violent, since a dozen Catalan separatist leaders were convicted last month for their role in a push to make Catalonia independent from Spain in 2017.