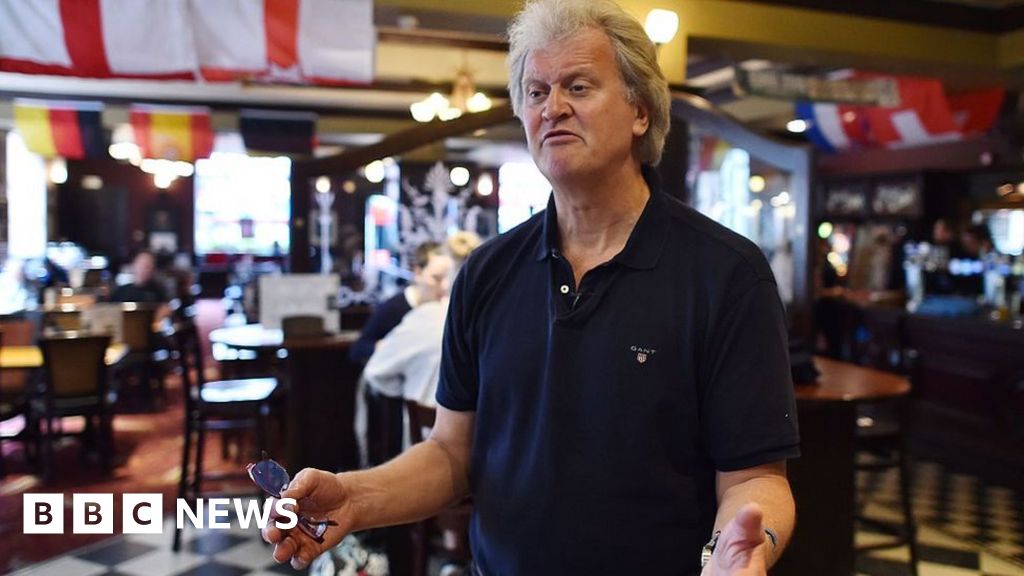 The pub chain boss said the system is “up the spout – and is itself a threat to listed companies – and therefore to the UK economy”.

He also said non-executive directors have too much power.

It comes as investors are being urged to reject Wetherspoon’s annual report over the firm’s pro-Brexit spending.

Shareholder advisory group Pirc wants investors to vote against the report at next week’s annual meeting, prompting criticism from Mr Martin about the advisory group’s structure and management.

He makes his remarks in a trading update in which the chain he founded also posted like-for-like sales – which include comparable numbers of pubs – up 5.3% in the 13 weeks to 27 October.

Mr Martin, who owns 32% of the pub chain, said there is a “Noddy-in-Toyland” aspect to the corporate governance codes used to police the boardrooms of companies listed on the London stock market.

In his statement, he criticises the chain’s largest City investor, Columbia Threadneedle, and US-based investors Blackrock for not supporting the company’s non-executive directors at last year’s annual meeting.

This is because boardroom codes set out that non-executives should serve no more than nine years if they are to be regarded as “independent” from the day-to-day executive team.

“I believe by vesting so much power in non-executive directors the system is also disenfranchising executives and the workforce – the people who have real expertise and are the cornerstone of business success,” he says.

At Wetherspoon’s the average tenure of a non-executive is 15 years, while Mr Martin said he had served nine years by 1992.

He attacked Pirc for recommending that shareholders vote against his re-election to the board, saying it is “hypocritical” as it only has one non-executive, not the four or five that is typical of a company.

Mr Martin said the firms which enforce the rules – the shareholders and their advisors – do not follow the codes themselves.

“The vast gap between the technocrats who make the rules and commercial reality is illustrated by the 2016 corporate governance code which refers to shareholders 64 times, employees three times and customers not at all,” Mr Martin said,

“A core problem is that corporate governance institutionalises short-termism, inexperience and navel-gazing,” he said.

He referred to a “tick-box malaise” which will lead to “mediocrity or failure”. Mr Martin urges changes to the rules as companies will not want to list their shares in London.

They might also kill the “golden goose” that is Wetherspoon, he said, paying about one pound in every thousand of UK taxes.

Mr Martin, an outspoken supporter of Brexit who staged a nationwide tour to argue the case for the UK’s departure from the EU, said that a no-deal Brexit was better for the UK economy than the government’s plan.

Wetherspoon’s spent nearly £95,000 on pro-Leave beermats, posters and booklets during the 2016 referendum campaign.

Mr Martin said the spending was declared to the Electoral Commission.