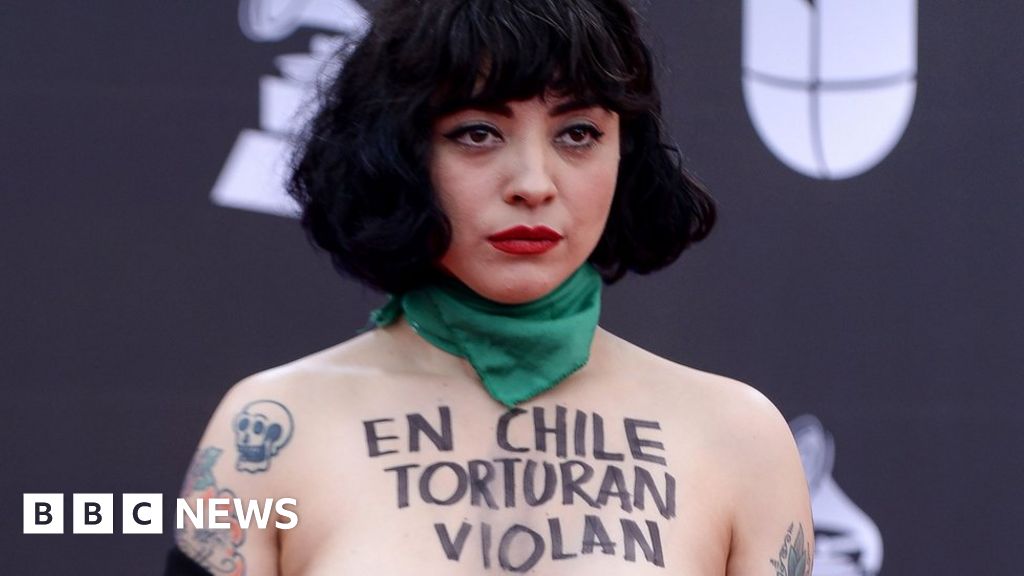 A Chilean singer has bared her breasts in a red carpet protest at the Latin Grammy awards in the US.

Mon Laferte uncovered her chest emblazoned with the words “In Chile they torture, rape and kill” on Thursday.

Chile has seen almost a month of protests that started following a rise in subway fares and have grown into anti-government demonstrations.

At least 20 people have died and 1,000 have been injured in the protests.

As she accepted the award for best alternative album, Mon Laferte read a poem from Chilean writer La Chinganera, saying: “Chile, your pain hurts me.”

Demonstrators are demanding greater social reform from the Chilean government.

Mon Laferte was one of several artists at the Latin Grammys who raised the current political climate in Latin American countries.

Residente, a Puerto Rican rapper, dedicated his award to “equality”.

“Although it has nothing to do with the video, this is for all the people fighting in Latin America, he said.”

“We can’t continue to allow our governments to take us for fools. We need to continue fighting.”