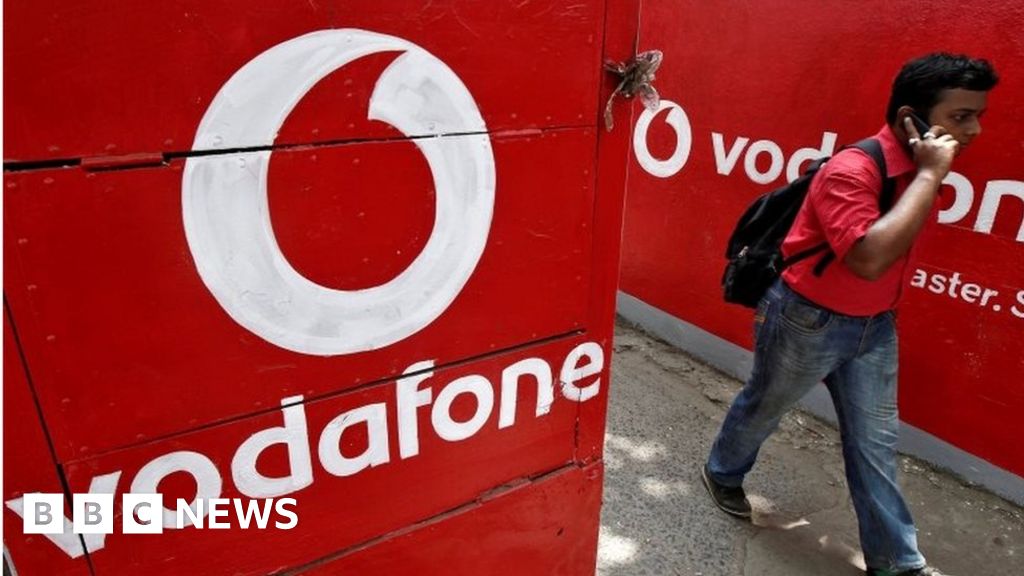 What has caused these losses in such a big market?

With more than a billion mobile subscribers, India is one of the world’s biggest telecoms markets.

But there are two reasons for this bloodbath.

The first is that for many years while the prices of telephone calls fell, data prices continued to remain high.

However, with the entry of Reliance Jio three years ago, this entirely changed. The company slashed data prices and, in the process, managed to change what was essentially a voice market into a data market. This resulted in India ending up with the cheapest mobile data in the world.

But this put massive pressure on the players already in the market. They had to match Reliance and, in the process, they ended up with too little profit or making losses.

But the second and more imminent reason is the battle over adjusted gross revenue – in layman’s terms this means that a certain proportion of revenues earned by telecoms companies needs to be shared with the government’s department of telecoms.

However, telecoms companies and the government have been disagreeing on the definition of adjusted gross revenue since 2005. The companies only wanted revenue from telecoms to be calculated in this figure, but the government wanted a much wider definition, including non-telecoms revenue like sale of assets and interest earned on deposits.

But recently, the Supreme Court ruled in favour of the government, which meant that telecoms companies needed to pay the authorities 900bn rupees. Just Vodafone India’s share is 390bn rupees.

This new charge means that losses have gone up dramatically.

Where is all this money going to come from? That’s the question all the telecoms companies are asking.

Earlier this week, Vodafone’s CEO Nick Read warned that the company’s India operation could be in doubt unless the government stopped hitting operators with higher taxes and charges.

Known as Vodafone-Idea in the country, after it formed a joint venture with a local firm, the company controls about 29% of the telecoms market, in revenue terms.

“Financially there’s been a heavy burden through unsupportive regulation, excessive taxes and, on top of that, we got the negative Supreme Court decision,” he was reported as saying on Tuesday.

A day later, he apologised to the government and said the company had no plans to exit India.

But the fact is that regardless of this apology, the bigger issue is that Vodafone has written off their India investment to zero. Also, the buzz is that neither Vodafone nor Aditya Birla Group, the other owner of Vodafone-Idea, is keen to bring in new money into the company.

So essentially, unless the owners actually reverse this stand and agree to put more money into India, the possibility that they will exit is still very high.

How bad is this for business?

If a company as big as Vodafone decides to exit, it does not show India in a very good light.

This is not just about the current Supreme Court decision. The fact is that there has been a retrospective tax issue going on between Vodafone and the Indian government for the past 10 years.

So when a big brand like Vodafone decides to shut shop and get out of the country, it is bound to make other investors think twice before entering India.

Should customers be worried?

Not immediately, but what is likely to happen now is that irrespective of Vodafone leaving India or not, telecoms prices will go up.

But prices going up is not necessarily a bad thing – it would in fact be a good thing, because that is the only way to have some competition in this market.

This needs to happen for telecoms – and Vodafone – to survive and thrive in India.

The fact is that if Vodafone exits, there will be basically just two big players, and a duopoly is not good for any market.