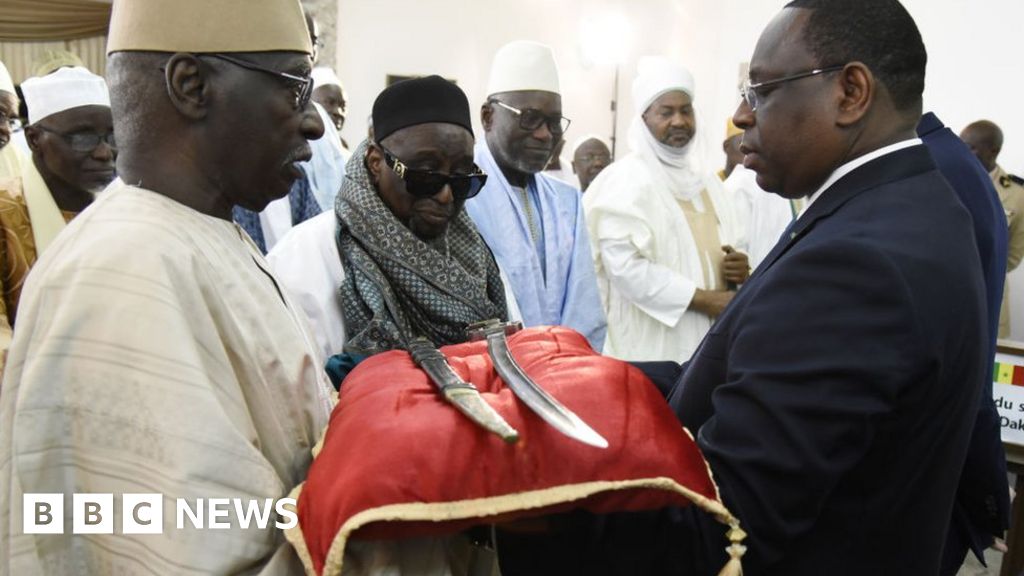 France has restored to Senegal a sabre that belonged to a 19th Century Islamic scholar and ruler.

It is part of a commitment to return to its former West African colonies key items of their cultural heritage.

The artefact originally belonged to the revered west African leader Omar Saidou Tall, who led an anti-colonial struggle against the French.

“This is an historic day,” the Senegalese leader said. Some of Omar Saidou Tall’s descendants were present at the ceremony.

Mr Philippe said it was “the first step” in a project aimed at returning more Senegalese artefacts currently in French museums, which hold at least 90,000 artefacts from sub-Saharan Africa.

Last year a group of experts commissioned by France’s President Emmanuel Macron recommended that African treasures in French museums be returned to their countries of origin.

Their official report states that most of the Africa collection in Paris’ Quai Branly museum – approximately 46,000 pieces – was acquired with some degree of duress.

“It’s symbolic. It had been lent to us before, but now it is being restored to us,” the head of Dakar’s Museum of Black Civilisations Hamady Bocoum told AFP news agency about the sabre.

The curved iron, brass and wood sword has been kept in its leather sheath in the museum in Senegal’s capital on loan from France. But Sunday’s ceremony saw the item formally returned for a period of five years.

The next stage will be for French MPs to vote on whether to permanently return this and other artefacts.

Who was Omar Saidou Tall?

He fought French troops from 1857 to 1859 before signing a peace treaty with them in 1860. According to Senegalese historians, he disappeared mysteriously from the cliffs of Bandiagara in Mali, an area known for its dramatic landscape, in 1864.

His son Ahmadou (1836-1897) succeeded him and was defeated by the French in April 1893 in Bandiagara. It was here that the French seized the sword, which had a French-made blade and a handle shaped like a bird’s beak.

“They took everything, including his library, in Segou, and I hope that all our books that are now in France will be returned to us,” Mr Thiam told BBC Afrique.