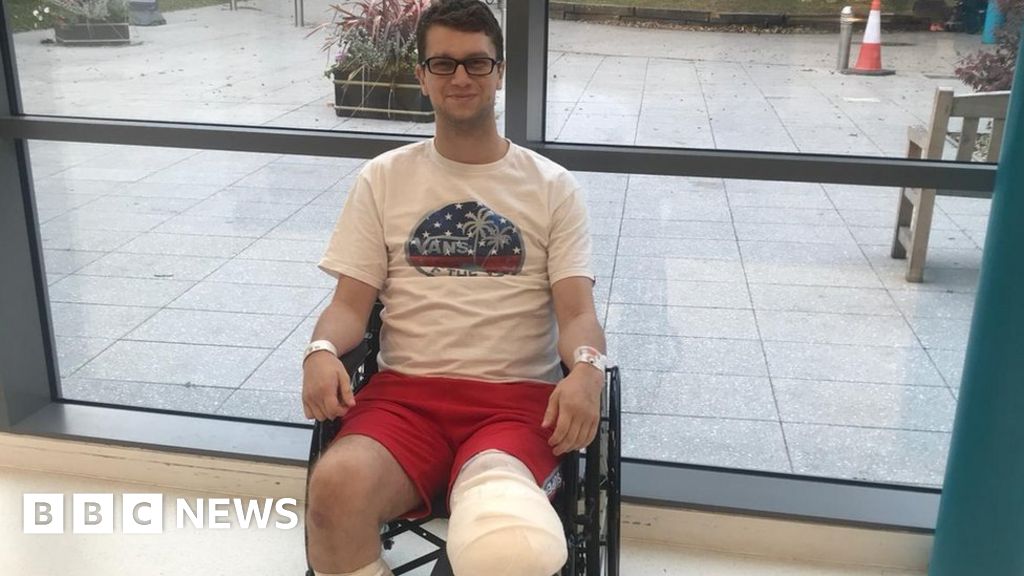 A man has been accused of throwing two police officers “into the air like ragdolls” when he drove into them, leading one to have his leg amputated.

Hayden Brown is charged with driving a Ford Focus into PC Thomas Dorman and PC Wai-man Lam, in Maidenhead.

The crash also flung a passenger out of the car and pinned her underneath it, Reading Crown Court heard.

Mr Brown, 25 and of Maidenhead, denies three counts of causing serious injury by dangerous driving, in 2018.

Michael Roques, prosecuting, said Mr Brown had been driving a group of people from a party to buy more alcohol and nitrous oxide balloons.

He crashed the car into the officers who seconds before, had pulled over a taxi for speeding, in Norden Road on 2 September, the court heard.

“The defendant had lost control of the vehicle. It slid straight into the two police officers,” Mr Roques said.

“They simply did not have enough time to react and get out the way.

“One witness described them being thrown into the air like ragdolls.”

The car then hit the taxi, before spinning into the police car behind and flipping on its side, he said.

The jury heard PC Dorman had to direct residents to find a tourniquet to stop him dying from blood loss at the scene, after suffering catastrophic leg injuries.

Surgery he underwent later was unsuccessful in saving his leg.

PC Lam required stitches for less serious leg wounds, but has since left Thames Valley Police after being diagnosed with post-traumatic stress disorder.

Charlie Keeley and Mr Brown’s brother, Stuart, were also in the car.

Mr Roques told the court Mr Brown fled the scene before being found hiding in a bush.