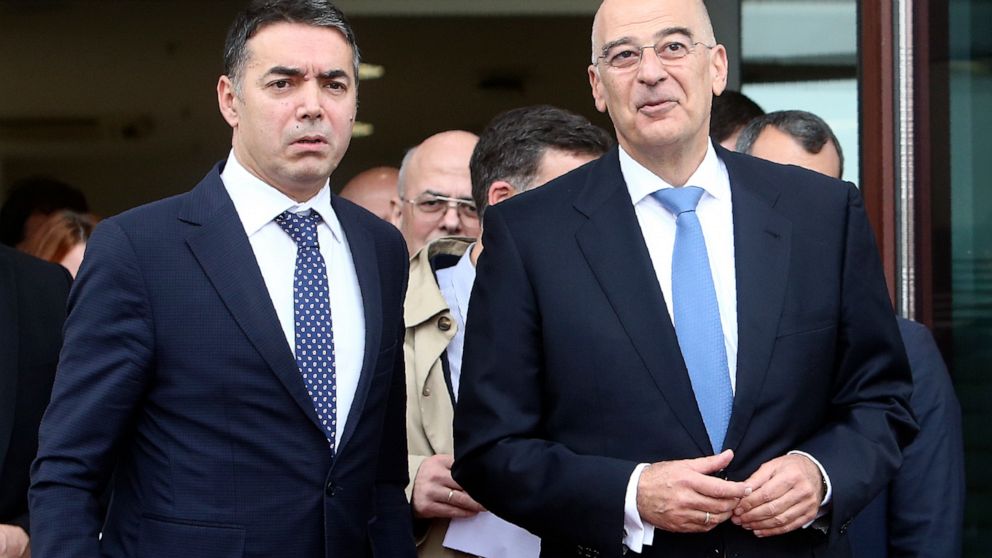 Greece’s foreign minister says relations with North Macedonia have “dramatically improved” since a deal to change the country’s name from Macedonia, ending a decades-old dispute between the two neighbors.

But Nikos Dendias added that “some issues” of the deal concluded this year, such as an agreement on trademarks, need to be dealt with as soon as possible.

Greece and North Macedonia were at odds for almost three decades over the small Balkan country’s name. Greece has a northern province named Macedonia, and Athens argued that the use of the name by its northern neighbor implied claims on Greek territory and cultural heritage. Skopje denied that.

The agreement paved the way for North Macedonia to join NATO and, eventually, the European Union.

Dendias spoke during a brief visit Tuesday to Skopje.

Woman calls 911 to report dead woman in her driveway, but police say she shot her

Female bodybuilder, 82, beats home intruder so badly he had to be taken to hospital