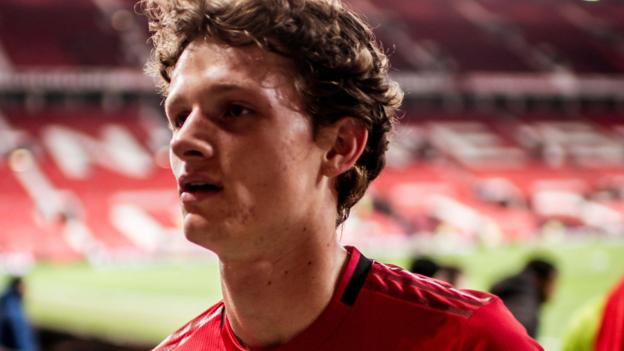 The 19-year-old has been named in a youthful squad for United’s Europa League group game against Astana in Kazakhstan on Thursday.

Taylor only returned to training in September after getting the all-clear from medical staff.

United have already qualified for the knockout phase.

Manager Ole Gunnar Solskjaer has left most of his senior players in Manchester.

First-team coaches Michael Carrick and Kieran McKenna have also been excused the six-hour flight and will work with Solskjaer’s squad before Sunday’s Premier League encounter with Aston Villa at Old Trafford.

Nicky Butt, United’s head of first-team development, will join Solskjaer on the trip to Astana.